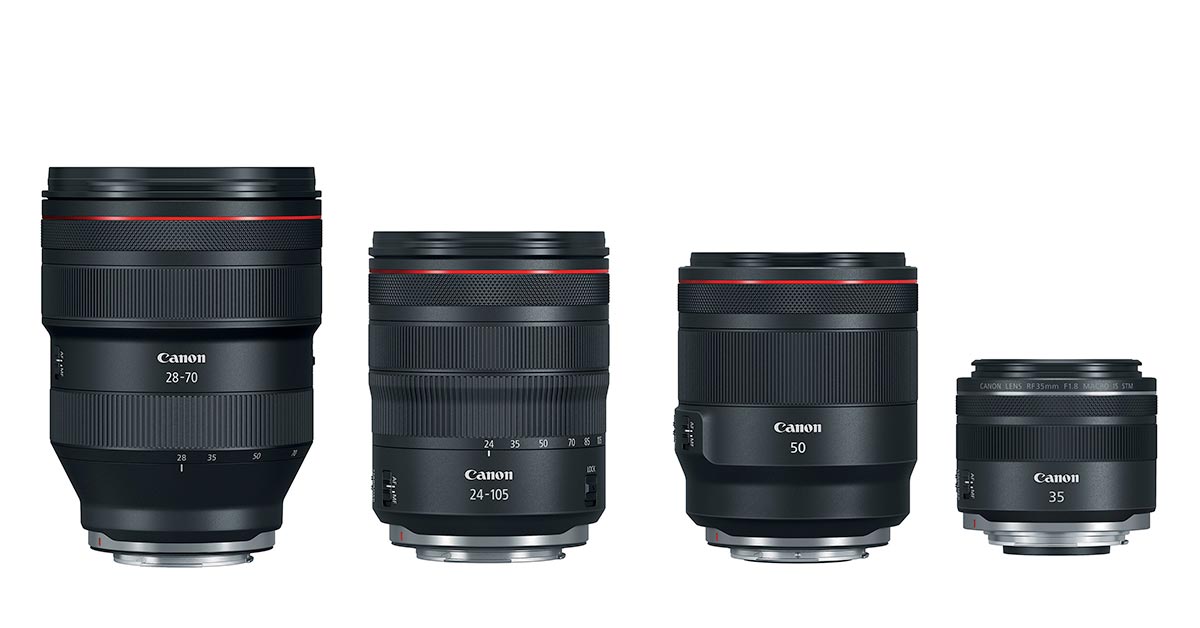 The newly announced RF mount is the future of Canon cameras, and they are kicking things off with a bang! While the 24-105mm and the 35mm lens are relatively standard, the other two lenses in the initial lineup are not. The huge RF 28-70mm f/2 L is the first f/2 Canon zoom lens, and the RF 50mm f/1.2 L joins just a handful of other lenses on the market that have an aperture as wide as f/1.2.

Make no mistake, these two lenses are here to show off what the new RF mount is capable of!

Those of you who saw the live stream might also have caught the fact that Canon said they were already hard at work on the RF f/2.8 zoom lenses. I think it’s safe to say that they are talking about the zoom holy trinity: 16-35mm, 24-70mm and 70-200mm. Whilst they did not comment on a timeframe for more RF lenses, I’m sure we will see a second EOS R body (EOS Rs? Rx?) in 2019, and there’s no way they would launch it without new lenses because it would make the new system seem stagnant. 2018/19 is going to be an interesting year for Canon shooters! 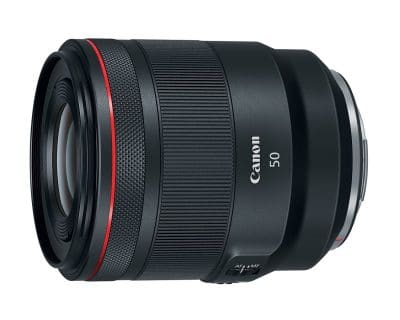 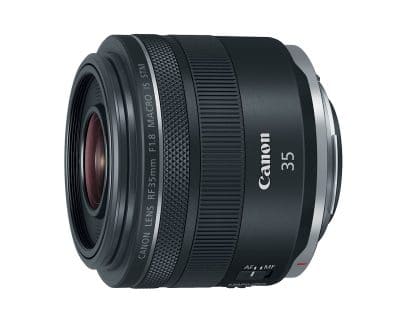 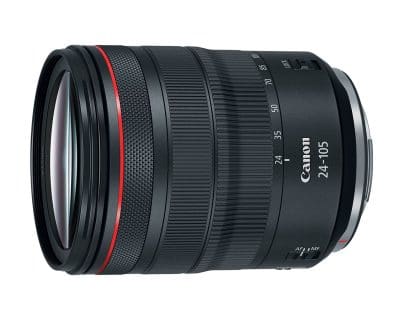 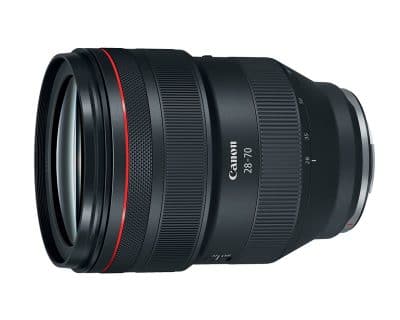 A note on compatibility

RF lenses do not work on EF camera bodies, nor can they ever be made to work with some sort of adapter. If you have an existing EF camera and you also buy an EOS R with one or more RF lenses, e aware that those new lenses will not work with your existing cameras. Likewise, despite both being Canon mirrorless cameras, RF lenses do not with with the EOS-M camera system because the flange distance is less for EF-M than for RF. Unfortunate!

With over 130 million EF lenses in circulation since Canon launched the mount in 1987*, the Company is enhancing the possibilities for its loyal customers who own and love their EF glass. Canon is introducing three RF Lens Mount Adapters that expand the capabilities of existing EF lenses when paired with the EOS R camera. The Canon Mount Adapter EF-EOS R allows photographers to utilize the full breadth of Canon’s EF, EF-S, TS-E, and MP-E lenses on the newly introduced EOS R camera system. The Control Ring Mount Adapter adds a customizable control ring via the adapter that provides photographers with added functionality to their fingertips. The Drop-in Filter Mount Adapter now easily places circular polarizing or variable neutral density filters behind the lens, opening up new options for lenses such as the EF 11-24mm where using optical filters were previously not an option.

“Knowing exceptional optics are a vital tool in shaping the image a photographer captures, Canon designed the EOS R camera system from the ground up with optics as the starting point,” said Kazuto Ogawa, president and chief operating officer, Canon U.S.A., Inc. “Canon is very excited about the world-class optics we have developed to marry with the new RF mount. With our rich history and more than 130 million EF lenses being used across the globe, Canon optics will continue to be at the forefront of our digital imaging development now and into the future.”

Photographers seeking an all-around utility lens for the new EOS R camera system need to look no further than the Canon RF 24-105mm F4 L IS USM lens. Coming in nine percent shorter in length than the EF 24-105mm f/4L IS II USM, this compact lens employs a CIPA standard of 5 stops of IS and is equipped with NANO USM technology, the first L-series lens with the technology. This small chip-shaped ultrasonic motor is engineered to help deliver high-speed, smooth, precise and near-silent operation, plus full-time manual focus (when using one-shot AF).

A fast, wide-angle single focus lens, the Canon RF 35mm F1.8 MACRO IS STM lens is an excellent option for photographers looking for an affordable compact lens. Featuring a maximum shooting magnification of 0.5x, the lens can easily shoot macro photography of subjects such as flowers, food and even insects. The lens also utilizes a CIPA standard of 5 stops of IS and is compatible with Hybrid IS, compensating for both angular and shift camera shake.

Thanks to its large lens mount design, Canon’s new EOS R series camera system delivers new capabilities in both design and function, but for existing Canon lens owners it does something incredible. It enhances the capabilities of existing EF and EF-S lenses with full compatibility and in some cases, enhanced functionality when paired with one of three RF mount adapters.

Canon lenses are historically top-rated, and the Company is looking to help customers gain even more value in their investment with three new RF mount adapters.

Canon is also introducing a new compact and lightweight Speedlite, the EL-100. Designed for photographers who are just beginning to use an external flash or are in need of a secondary unit, the new Speedlite delivers both soft and natural lighting reproduction. In addition, the EL-100 can rotate upwards and to the left and right enabling photographers to bounce the flash off of nearby ceilings, walls or surfaces.

Additional Features of the Canon Speedlite EL-100 include:

The Canon Speedlite EL-100 will be available for purchase in October 2018 for an estimated retail price of $199.99.