What Does Burst Rate Mean In A Camera?

When you camera is set in continuous shooting mode, it will continue to shoot photos as long as you hold down the shutter button.  The speed at which it takes the photos is known as FPS, or Frames Per Second.  Before photos get written to the memory card, they are first stored to a small amount of internal memory in the camera called a buffer.  This buffer memory has a very fast write speed, faster than a regular memory card which is why they do this.  Once stored in the buffer, the camera then moves the photos over to the memory card.  Normally we don’t even notice this process and it happens pretty much instantaneously.  In continuous shooting mode though, you might reach a point where the buffer gets full.  At this point the camera has to reduce the FPS to allow it some time to move photos out of the buffer and free up some space.  The Burst Rate of a camera is the number of consecutive images that it can shoot before the buffer is full.  Since this is based on file sizes, there is a different burst rate quoted for JPEG and RAW from most manufacturers.  The rate is based on an average file size, since file size can vary a lot depending on the content and range of tones in an image.

More expensive cameras have larger burst rates, and cameras designed for sports and wildlife shooting, like the Canon 1-Series cameras, have particularly large burt rates that allow them to capture lots of continuous action.

Note that having a slow, old memory card can also cause a bottleneck in the system as the camera struggles to clear its buffer and move photos quickly to the card.  Always use fast memory cards if the burst rate is important to you! 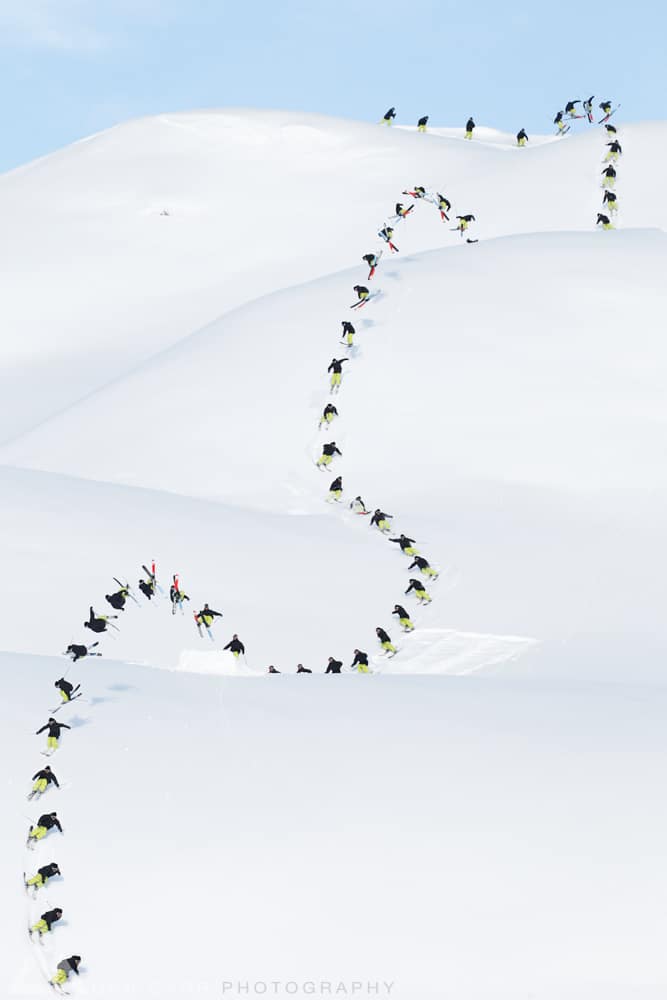 A photo I took that required a very large burst rate!