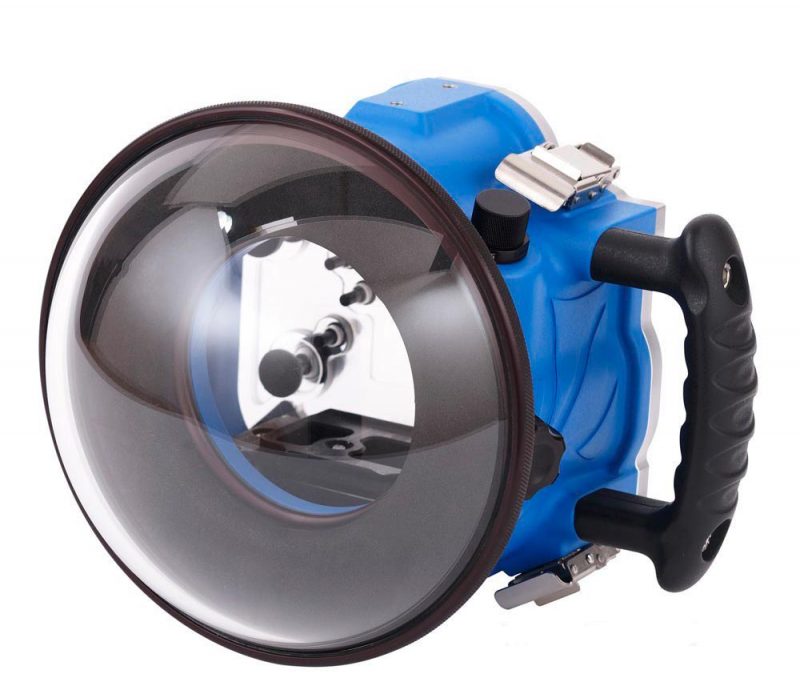 A wet port is a term used to describe a specific type of lens port for an underwater camera housing. Wet ports are dome-shaped, and they are often used at the surface of the water to shoot a photo that shows both above and below the water line. As the dome is lifted partially out of the water, a thin layer of water remains adhered to the dome, preventing droplets forming for a few seconds. This is when the photographer would take the photo, and it effectively means that they are shooting through a very thin layer of water, hence the term wet port. 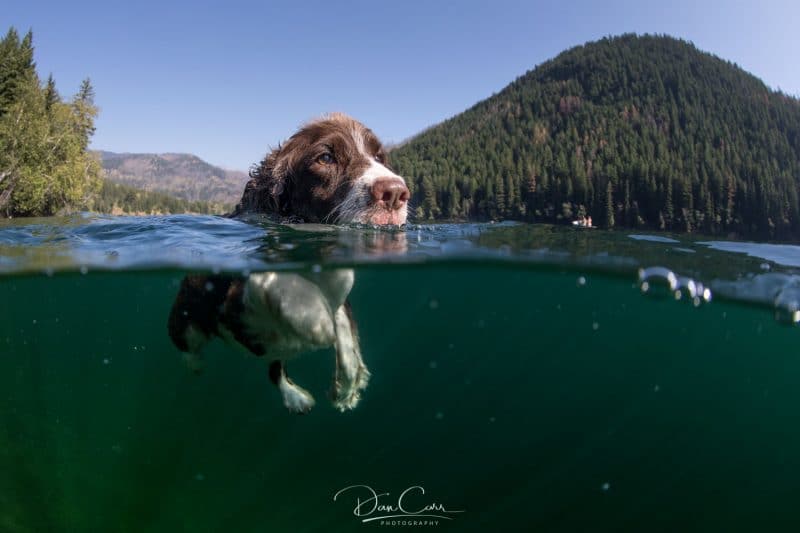 An “under/over” shot taken with a wet port. In this case, it was an Aquatech PD-85.

Eventually the layer of water breaks up and droplets will form, but hopefully by then you have the photo, and if not, you simply dunk the camera back in the water again. It’s possible to prolong the length of time that the water sticks to the dome by spitting on it. Saliva has a significant effect on this timing, so you’ll often see photographers with wet ports licking and spitting on their domes. The things we photographers will do to get the shot, eh?