What Is a Light Trail When Talking About Taking Photographs?

The term ‘light trail’ refers to the phenomenon caused by photographing a moving source of light using an exposure setting which is to slow to freeze it in place. The result is a point of light with a trail stretching from its final position within the image to its point of origin. One example of a light trail is the ‘star trails’ captured when taking a long exposure of the night sky in astrophotography. Light trails give an image a sense of speed and movement and require the use of either long exposure photography techniques and equipment such as tripods, or panning to create a light trail deliberately. Creating light trails in photography is also referred to as ‘light painting’. 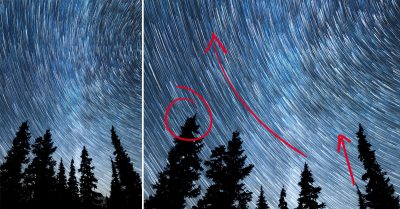