What Is Long Exposure Photography?

In what you might term ‘regular photography’, with your camera in an automatic or semi-automatic exposure mode, you’re likely working with a shutter speed of somewhere between 1/60 of a second and 1/4000 of a second.  These kind of shutter speeds tend to cover most normal situations, from bright sunlight at midday, to occasional indoor shooting.

Long exposure photography is when we are using a much longer shutter speed, and it’s usually used as a specific technique to achieve a certain effect.  There’s no defined transition point at which a shutter speed becomes slow enough to define your shooting as ‘long exposure photography’.  Generally speaking, I tend to think of it as when we are talking about our exposure times in terms of seconds, rather than fractions of a second.  These kind of long exposure times (shutter speed is the same as exposure time), are often used to blur something in a photo, for example running water in stream, or the movement of stars across the night sky.  A long exposure helps us to trace the pattern of time and render things in a different way to how we are used to seeing them.  When we see things differently, it naturally fascinates us and that’s a significant factor in creating a compelling image.

In order to achieve long exposures during the daytime, it’s often necessary to use neutral density filters on a lens, which cuts down the light entering the lens.  With less light entering the lens, the shutter speed needs to be much longer to achieve the same exposure.  Neutral density filters can allow you to shoot exposures of several minutes long, even in bright daytime situations. 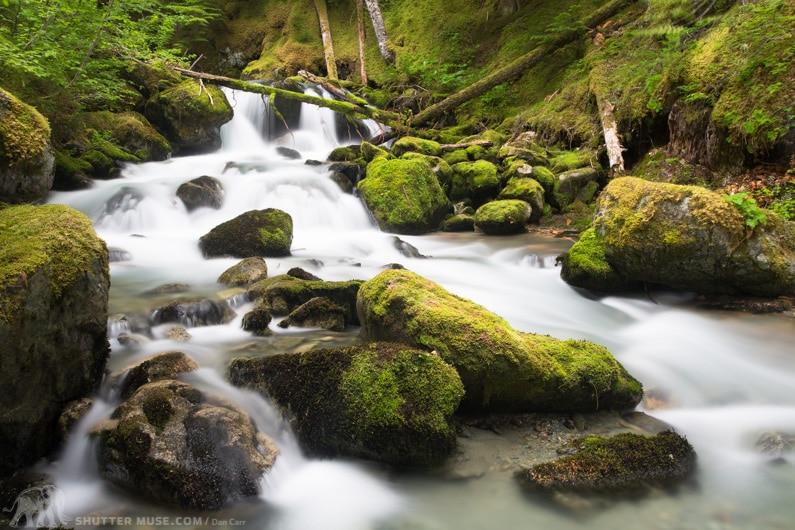