What Does SmartMedia Refer to When Talking About Photography?

SmartMedia is a now defunct memory format released by Toshiba in 1995. A SmartMedia card consists of a single flash memory chip embedded in a sheet of plastic, the card features a strip of gold contacts which facilitate the connection between the memory card and the device within which it is being used. SmartMedia was originally intended to be the replacement for the 3.5 inch floppy disc but gained a foothold in the digital camera industry in the early 2000’s. The increase in camera sensor resolutions became problematic though, SmartMedia cards were not available in sizes over 128Mb and were soon superseded by newer mediums such as SD and CF cards. 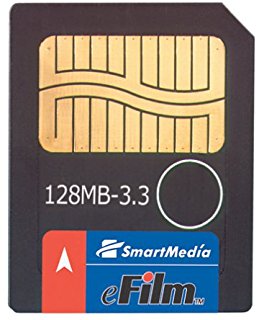