What Are Star Trails?

How Do You Shoot A Star Trail?

There are two distinct ways to create star trails.  The first method is to take one single extremely long exposure by using bulb mode on your camera and a cable release (remote switch).  Extremely long exposures like this will introduce noise into the image as the sensor heats up, so these days this is a method that is not often used.  This method also requires an extremely low amount of light pollution to be present in the image otherwise the light in the sky from towns and cities overpowers the light of the stars and the trail becomes obscured over the exposure time.

The second method is to take a long series of shorter exposures and stack them together in a process known as “star stacking”.  For this method, shorter exposures like 30 seconds are preferred, and a series of at least 60 shot taken consecutively.  All the resulting photos are then loaded into Photoshop, or dedicated star stacking software, and blended together to form the trail.  The shorter 30 second exposures ensure there is less noise in the image, and helps to keep light pollution at bay to some extent.  The example star trail below was created with this method. 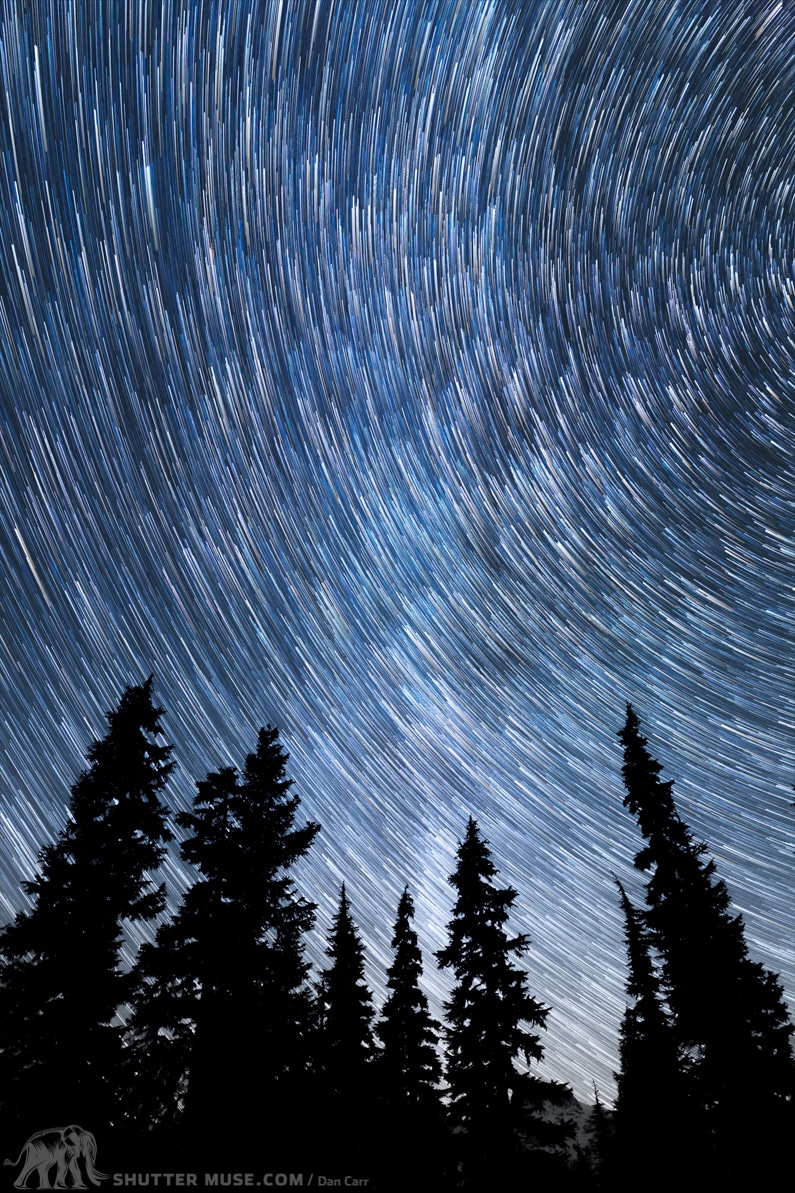