What Is An Extension Tube?

First things first, an extension tube should not be confused with an extender! An extender, sometimes called a teleconverter, is a VERY different thing. You can read more about extenders in our feature tutorial: The Ultimate Guide to Extenders. Or catch the quick version in the extender entry of the glossary.

An extension tube is simply a spacer that goes between the lens and the camera, they contain no optical elements whatsoever, so whilst they look like a lens of some sort at first glance, this is not actually the case. There’s no glass in there, it’s just air, so you can stick your fingers right through them.

The purpose of an extension tube is to alter the MFD, or Minimum Focus Distance of a lens so that you can make your subject larger in your image. The MFD of a lens is simply the closest point at which it’s possible for a lens to focus, and it’s different for every lens. By inserting an extension tube between the camera and the lens, you will shorten the MFD, in other words you’ll be able to get closer to your subject and still be able to focus. 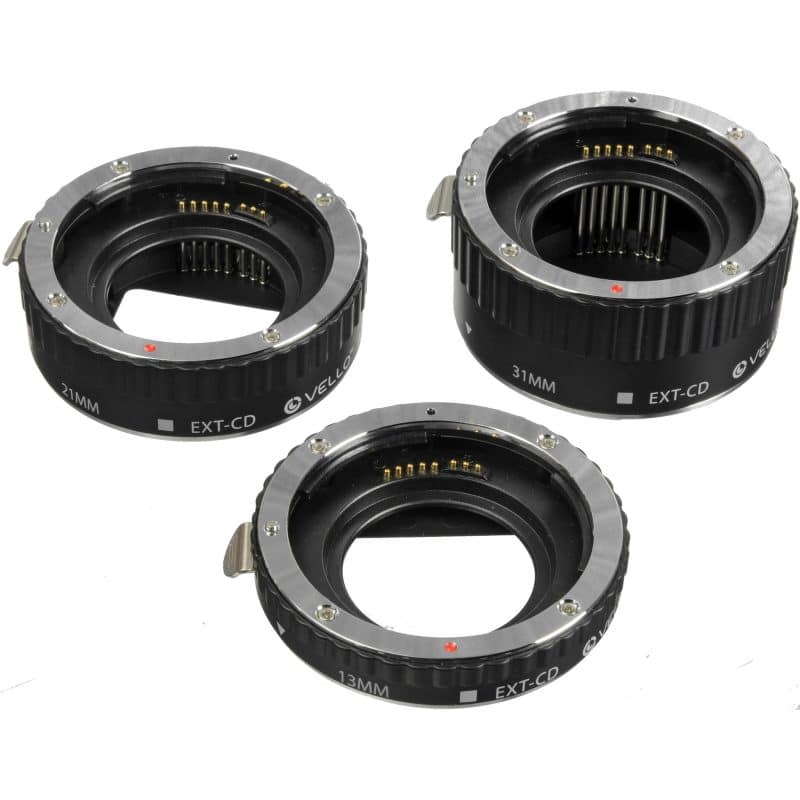 Extension tubes are available in varying thicknesses, and they can be stacked together to create combinations. The thicker the stack, the more the MFD gets shortened on the lens. If you start with a lens that already has a pretty close MFD, you can achieve an effect that’s essential the same as using a dedicated macro lens. Since extension tubes are relatively cheap, this is a great way to get into macro photography without the need for expensive macro lenses.

Note that when you shorten the MFD of a lens, you do lose the ability to focus at infinity, although this is rarely a problem because the whole reason you would use one in the first place is to focus on something that’s close to you. What is does mean, is that you can’t really just put an extension tube on a lens and leave it there all the time. 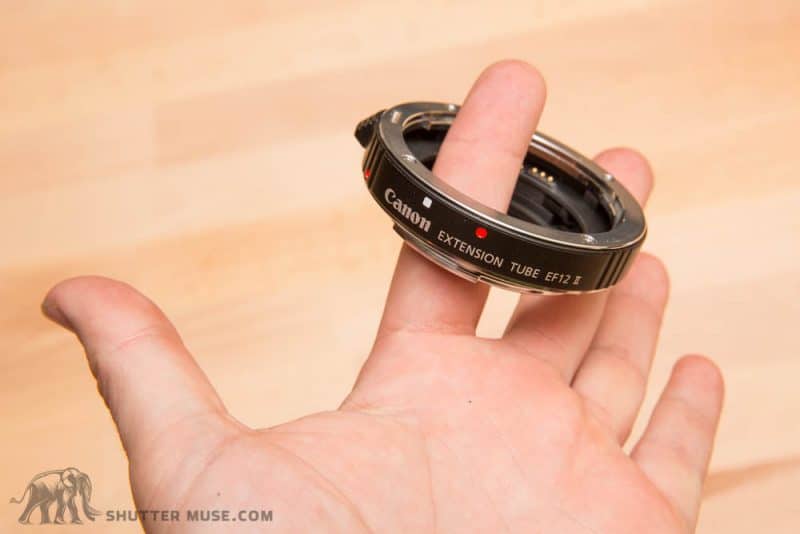 No optics in an extension tube!

The other thing about extension tubes is that they can introduce some vignetting to your image, depending on how thick your stack is. Make sure you stop down your aperture a little bit in order to alleviate this issue.

Extension tubes are available in two main type, dumb and active. Active ones will mimic the AF pins on a lens and therefore allow for autofocus when they are installed. Much cheaper, so-called “dumb” tubes, do not have these pins at all and this means you won’t have autofocus or aperture control unless your lens has a manual aperture ring. They can be bought for just a few dollars, but in this writer’s opinion, it’s much better to buy the proper active ones.

This example shows you how incredibly useful an extension tube can be. On the left is a Canon 50mm f/1.8 STM on its own, as close as it will focus on the target. Add a 25mm extension tube to the lens and you can get MUCH closer, as in the second image. 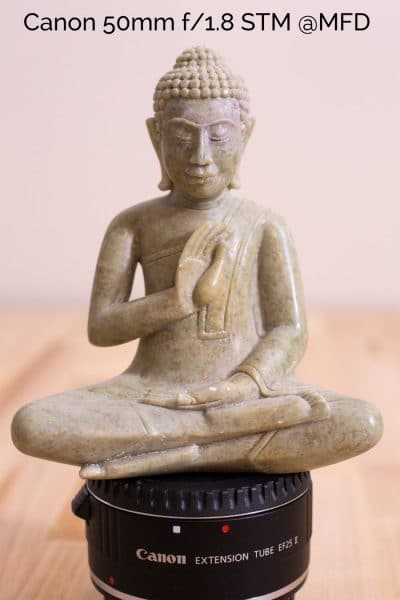 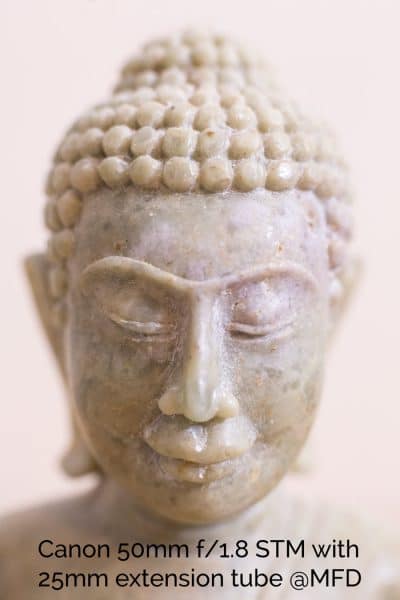