What Exactly Is a Tripod and How Is It Used in Photography?

What Exactly Is a Tripod and How Is It Used in Photography?

In photography a tripod is a three legged device which is designed to securely and steadily hold a camera. Most tripods have a central pole and height adjustable legs and are used in conjunction with mount to which a head is fixed. The main purpose of a tripod is to allow photographers to capture images using slow shutter speeds (long exposure) for example in astrophotography where there is not enough ambient light to hand hold the camera with out introducing shake into an image. Tripods are also widely used in situations where a photographer wants to capture the exact same image, or scene multiple times, for example creating HDR images by capturing the same scene multiple times at different exposures. 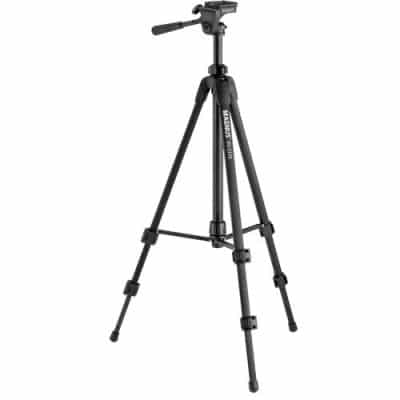