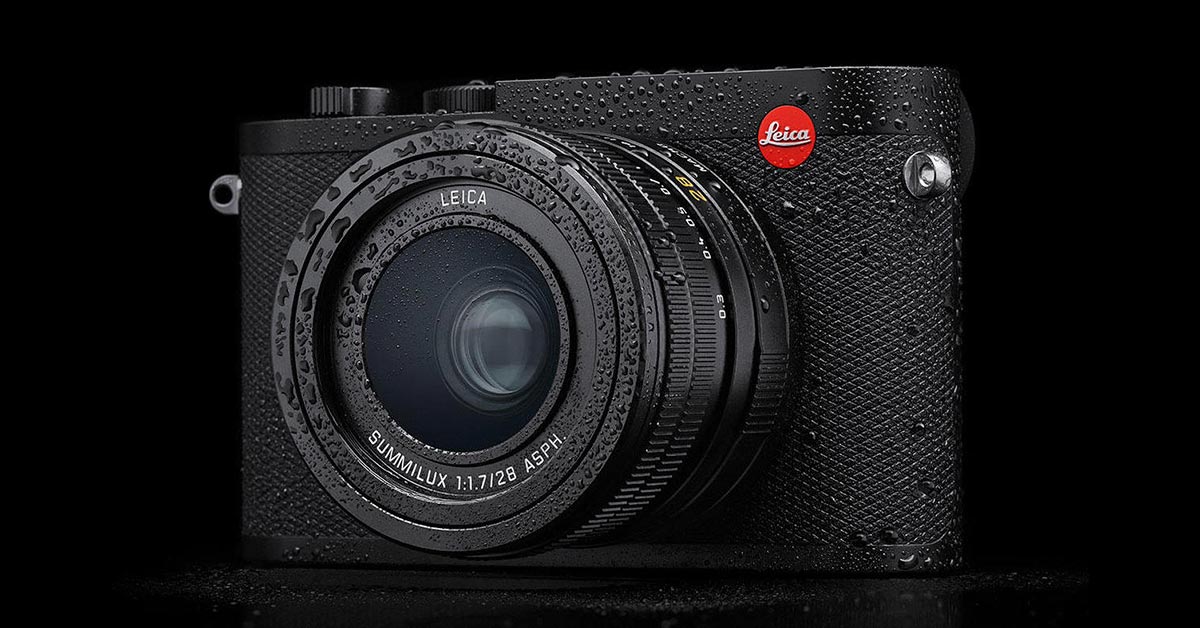 This week Leica launched their follow-up to the popular Leica Q, and I thought it was worthy of a post for two reasons: Firstly, it looks like an excellent and intriguing camera. Secondly, this is possibly the best example of a camera company listening to their customers (and reviewers) to date.

The original Leica Q was something of a surprise when it launched in 2015. A full-frame mirrorless camera with a fixed 28mm f/1.7 Summilux lens was interesting enough, but it also had a solid autofocus system and that was a bit of a shock from a company who is known for making manual focus cameras. Yes the price was fairly high, but it wasn’t nearly as high as buying a Leica M body and an equivalent 28mm Summilux lens. When that was the comparison, it actually looked like something of a bargain, even with a price tag north of $4000.

For 2019 Leica delivers a new version, the Leica Q2, that maintains the look and feel of the much-loved original but upgrades many key specifications. Both the body and lens are now IP 52 water resistant (weather sealed), and the sensor is up from 24MP to 47.3MP. On top of that it has a vastly improved electronic viewfinder, expanded ISO range and a greatly increased battery life thanks to the use of a larger battery from the Leica SL. Despite all of that, the camera remains the same size as it was before.

I know more than a few people in the industry that will tell you the Leica Q is their all-time favourite digital camera, and I wouldn’t now be surprised to see them upgrade that opinion to the Q2.

It seems as though Leica has gone to great lengths to keep everything people loved about the Q, and fix all the little niggles that people had with the ergonomics. Gone is the mostly superfluous video button, as well as two of the buttons on the left of the LCD screen. The viewfinder diopter has been redesigned to make it impossible to change accidentally and the drive modes have been removed from the main on/off switch on the top plate. What you’re left with is a simpler, cleaner and more refined camera on the outside.

On the inside the new leaf shutter will allow flash sync speeds up to 1/2000 of a second, and the vastly expanded sensor resolution has opened up the possibility of having an additional 75mm crop mode to go with the 35mm and 50mm modes that were previously available on the Q.

Interestingly, the 35mm crop mode still generates 30MP images, which is higher resolution than the original Leica Q! When a crop mode is enabled in the camera, what you’re getting is something akin to a rangefinder experience where a frameline is drawn on the screen to represent the frame that will be captured by that focal length. Outside of that frame, you’re still able to see the rest of the scene that is visible to the 28mm lens, allowing you to pick the perfect moment within the 35mm frame by viewing everything that is happening just outside of the edges.

Some people (myself included) love the 28mm focal length, but the combination of that crop mode and the much higher resolution of the sensor should appease some of those who would have preferred this camera to feature s 35mm lens instead.

The Q2 is priced at $4995 but when you consider that any other full-frame camera with that kind of resolution, plus an ultra fast prime lens would cost the same or more, the price seems more than fair for that famous German build quality.

Stand by for a full review in the coming months!