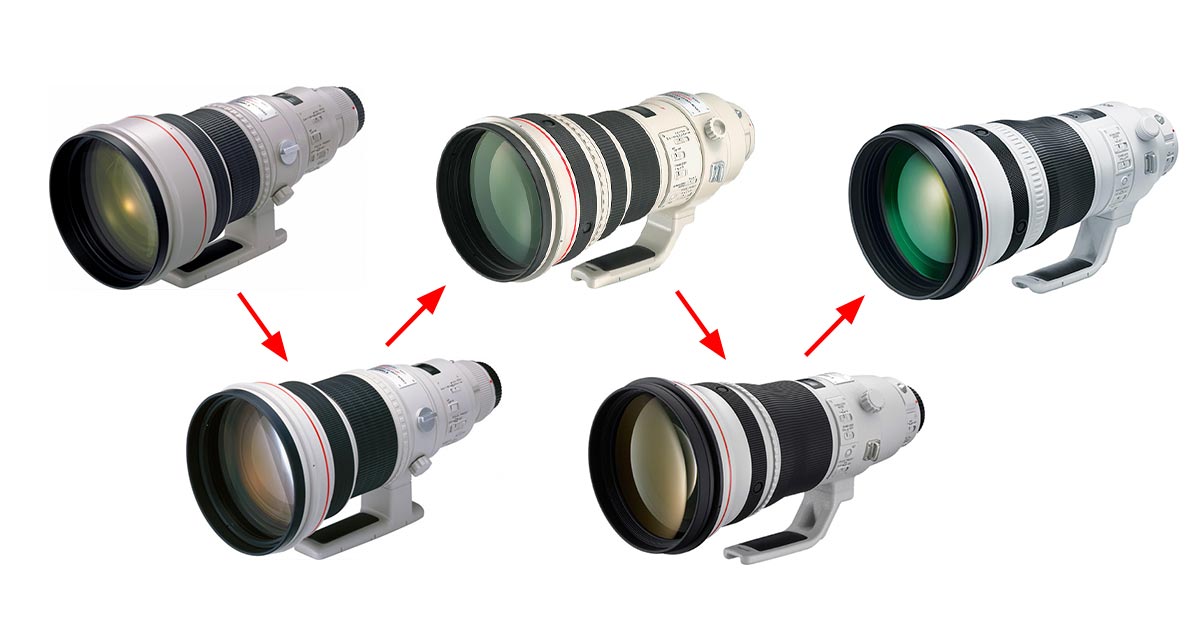 When I poured a cup of coffee to sit down and write about today’s latest Canon announcements, I didn’t plan on writing this particular piece. As I read the incoming information about the new Canon 400mm f/2.8 L IS III, though, I couldn’t help but be staggered by the enormous weight savings they had achieved. The Mark II version of this lens was launched back in 2011 and I remembered at the time that weight savings were the primary talking point. I knew they would shave some weight off for the Mark III, but I was not at all prepared for them to shave off over 1KG.

While the Mark II version weighed 3,850g, the new Mark III version weighs just 2,840g. A 26% reduction! In fact, this makes it the lightest 400mm f/2.8 lens on the market, and that’s a solid achievement because just a few months ago people were swooning over the light weight of the new Sony E-Mount 400mm. Not only is Canon’s new lens lighter than the Sony one, but Sony were at a considerable design advantage because their mirrorless mount diameter is considerably smaller than an EF mount. Kudos, Canon.

All this got me wondering about the weights of previous EF 400mm lenses, though, so I did some quick digging and compiled this data table.

As you can see from the table, the weight reduction in moving from the Mark I IS lens to the Mark II IS lens was of a roughly equivalent percentage to those that we have seen this year in moving from Mark II to Mark III. Another point of note is that the new Mark III lens weighs just 44% of the weight of the original EF 400mm f/2.8 L.

How exactly has Canon achieved these weight savings?

Most of the weight savings for the 2011 weight reduction came from the implementation of magnesium alloy constructions with titanium components. For the new Mark III 2018 version Canon significantly changed the internal location of several of the large UD lens groupings, as seen in the diagram below. By shifting these large lens elements back towards the mount, you can immediately see that they are significantly smaller. Canon USA also notes that the image stabilizer mechanism has undergone some improvements to make it lighter in the new Mark III lenses, and a redesigned barrel also shaves off even more weight. 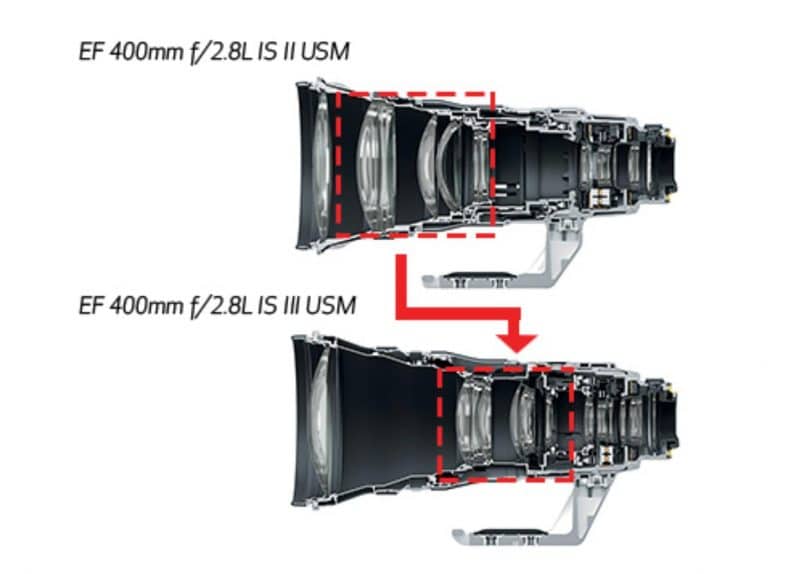