Home » Tutorials » Camtraptions Motion Sensor: How Cold Can You Go?

Camtraptions Motion Sensor: How Cold Can You Go? 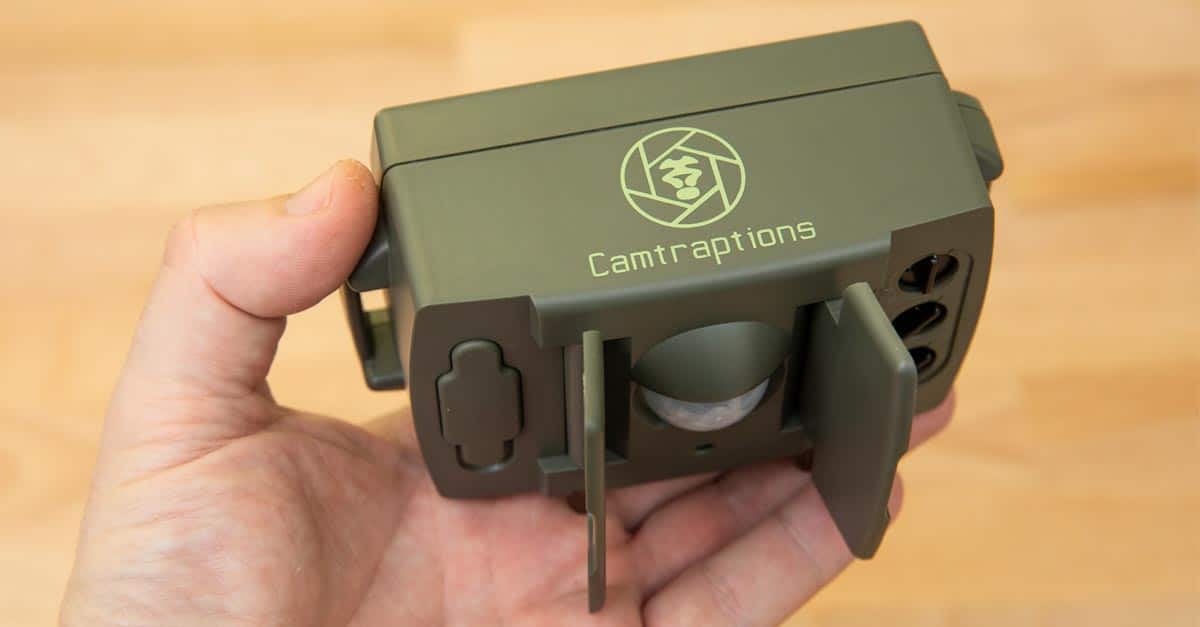 One of my current projects involves building some motion-activated camera traps that are left out in the field for several weeks at a time to (attempt to) photograph wildlife. It’s a project I have been learning about and building up to for some time, but I finally have some gear out in the field.

When it came to building my first camera trap system my research lead me to the UK company, Camtraptions. There are only a few companies out there that make bespoke electronic equipment for camera traps, but the range of offerings from this one company convinced me it was a great place to start my camera trapping journey.

Whilst you can’t buy everything you need from Camtraptions because they don’t sell cameras and flashes, you can get just about everything else. The most important piece of gear they sell, though, is the PIR Motion Sensor.

A motion sensor is the heart of a camera trap system. As you can guess, this is the part that senses movement from passing wildlife and then sends a signal to your camera to take the photo. The V3 version of the Camtraptions PIR Motion Sensor is actually wireless, which means you attach a receiver to the camera, and the motion sensor sends a wireless trigger signal to the camera when it senses motion within your desired range. It works great and allows you considerable flexibility in the relative positioning of the trigger and the camera.

While I didn’t have any concerns about how well the PIR sensor would work in normal situations, there was a question mark for me about how well it would work in extremely cold temperatures. My camera traps would be deployed in the frigid Yukon winter, and temperatures can easily get down to -40 Celsius (-40F) before you even take into account the added potential issue of cold arctic wind.

Would they work in those kind of conditions?

Given the relatively niche nature of camera trapping, there is little information out there on the internet compared to most other types of photography. Camera trapping requires a lot of time and no small investment in equipment which you then leave out in the wilderness for weeks or months on end. All of these factors keep the number of participants quite small, and an even smaller number of people are using them in the kind of frigid environment found in my back yard. In other words, I couldn’t get any confirmation from anyone on the kind of cold conditions that might start to present a problem for these sensors.

Of course now I know the answer, which is why I’m writing this post!

After testing my own Camtraptions PIR Motion Sensor V3, along with their wireless receivers (v2) and wireless triggers (v2), I’m happy to report that they are totally functional down to at least -40 Celsius (-40F). I have had no issues whatsoever with them working in these temperatures, and I’m even pleasantly surprised by the battery life of the PIR Motion Sensors V3 which can run for several weeks in these temperatures when powered by Energizer Ultimate Lithium AA batteries.

So there you have it. If you want to use Camtraptions wireless triggers, receivers and motions sensors in severely cold temperatures, down to at least -40 Celsius, go right ahead. You shouldn’t have any issues at all.

Stay tuned for more camera trap related blog posts in the future as I dive headlong into this challenging and fascinating type of photography.