Really Right Stuff Updated Their Gimbal Design [For the Better] 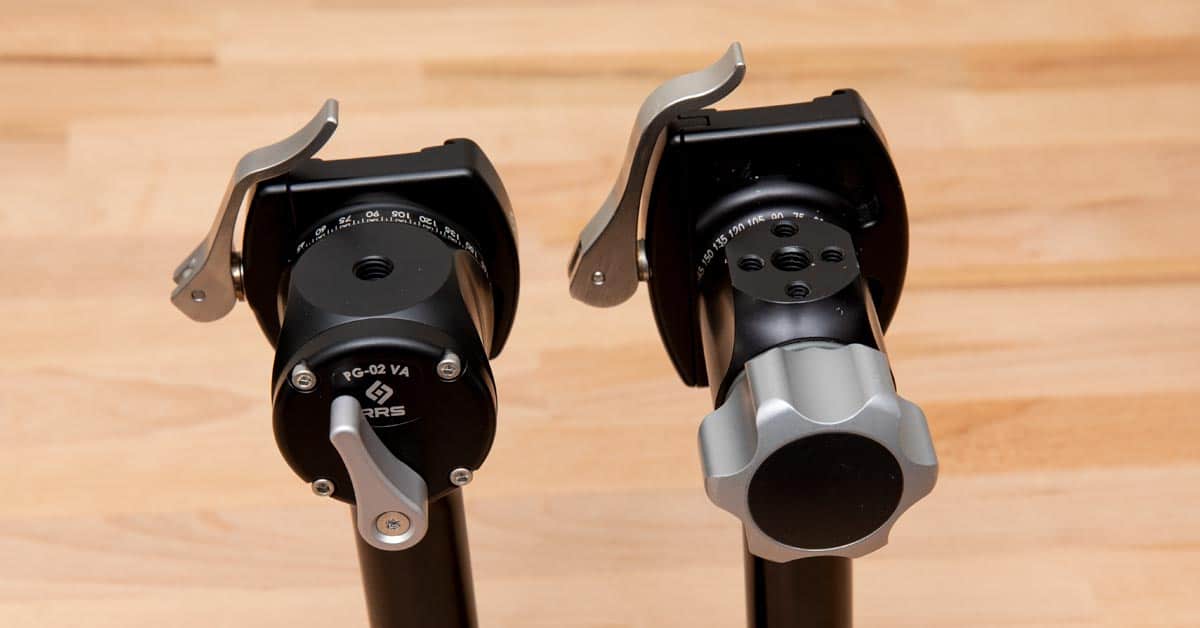 I’ve been using the RRS PG-02 gimbal for many years and I tend to mention it quite a lot when I’m writing about wildlife photography. If you aren’t familiar with these things, here’s why you might want to use a gimbal head, and here’s our guide to the best gimbals on the market right now.

Sometime in the last few months, RRS updated the design of the vertical arm on the PG-02 so that the locking is now performed by a small lever instead of the larger knob on the original version. Ergonomically it’s a nice update, and the locking motion is now much easier as the throw of the lever is quite small, whereas previously the knob required quite a degree of rotation.

This change also makes the gimbal’s overall packed width quite a bit less, and I immediately noticed that I found it easier to stuff into camera bag pockets and various pouches that I have in my gear closet. The decreased size is nice, and it’s a little lighter as well.

I also found that the rotation of the clamp seems to be more heavily damped than it was before. For vertical tilt, you could use the locking knob to adjust the drag before, but with the new locking lever having more of an on/off action, it seems like they have stiffened up the dampening as well and it feels really nice.

As far as I can tell, the horizontal arm of the gimbals have gone unchanged, so if you fancy upgrading, you would only need to swap out the vertical arm. Since I use this gimbal so much I found the update to be worthwhile because the new version is a definite improvement. Whilst looking through the viewfinder, I can now more easily lock the vertical tilt with a small, quick movement of my fingers and the lens remains on target. It’s not a totally game-changing update, but its a nice one!