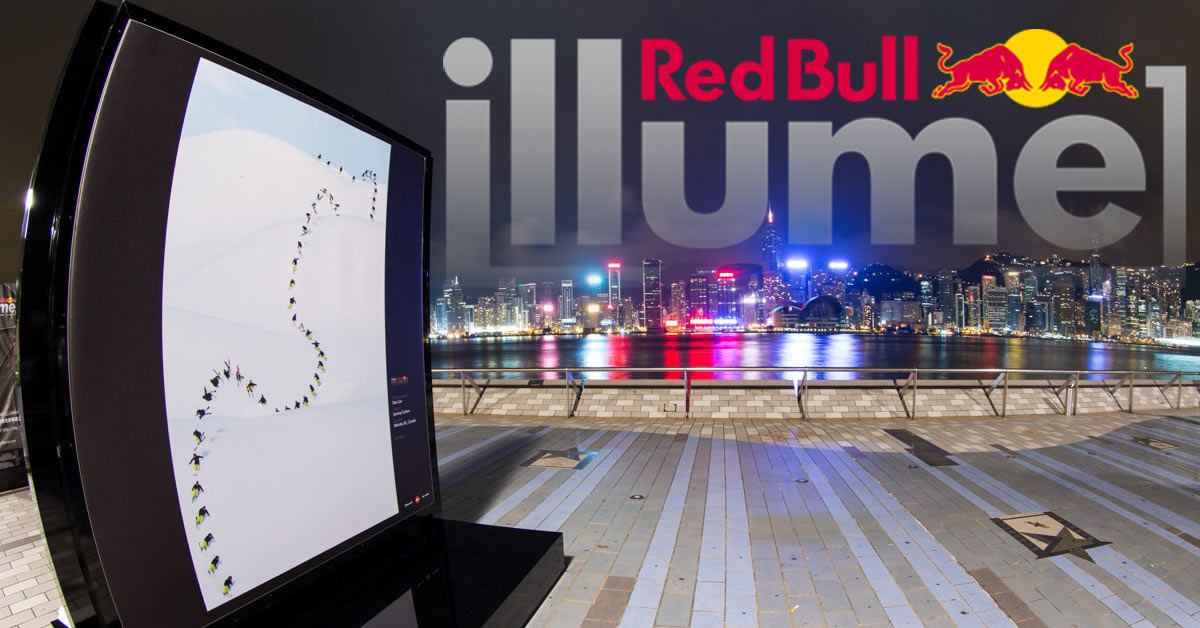 The Red Bull Illume photo contest is one of the biggest photo contests in the world and amongst action and adventure sports photographers, nothing tops its prestige.  With the might of Red Bull’s media power, this contest gets far more global exposure in mainstream media than any other photography contest.  When I first started to shoot a lot of action sports at the beginning of my career,  it was always a dream of mine to be selected as a finalist in this contest because those images are taken on a world tour to be exhibited in several major cities.  The contest takes place every three or four years and in 2013 I decided to submit some images, along with 26,000 other entrants.

After the long entry period, eventually Red Bull announces a semi-final stage – the top 250 images.  These top 250 are put together into an incredible hard-back coffee table book and I was elated to see one of my images included in the book. Could it make it to the final?

Eventually the top 250 images are narrowed down even further to the top 50 images, 5 images in each category.  You can imagine how delighted I was to get the e-mail that one of my images was in the final. Another dream come true, and one more item to scratch off my photography bucket list.  You can view a gallery of all of the 50 finalist images HERE  Not only was I a finalist, but I was also the only British photographer to make the finals and the only skiing image in the finals.  For me, that was such a huge honour because I knew the calibre of other photographers from the skiing world that had also entered images.  To top it off, the final unveiling of the top images and the award ceremony were to take place in Victoria Harbour, Hong Kong!

Flights and a hotel were quickly arranged for me and with just a couple of weeks notice, I also put together an extension to the trip to shoot some photos in Cambodia after I was finished in Hong Kong.

We stayed in the luxurious W Hotel in Kowloon with incredible views of the bay from our bedroom windows. It was great to have all of the finalists staying together in one place and I got to hang out with so many people who inspire me to do what I do.  In today’s digital age we can often know someone for years before finally meeting face-to-face so it was great to meet so many people in person who I had talked with for so long.

We had a great time during the few days we spent there, exploring the city at day right through the night. During the hot afternoons the rooftop pool (the highest pool in the city no-less) was the place to hang out.  In the photo below you’ll see many of the greatest minds in the action and adventure sports photography world; Chris Burkard, Scott Serfas, Jussi Grznar, Christian Pondella, Ryan Taylor, Morgan Massen…..

One evening they took us up to the peak of Victoria Mountain which overlooks the whole city.  I was able to capture this great panoramic image of the city with 4 different images stitched together in PTGui and edited in Photoshop.

The evening of the awards ceremony soon came round and after dinner, we were taken to the unveiling of all our images which were to be displayed in 2m high lightboxes down the promenade in Victoria Harbor.  One of the most stunning locations I could ever think of for such an event.

I didn’t end up winning my category, that honour went surf photographer Zac Noyle, but being part of this event in such esteemed company still stands out as one of the highlights of my career.  The overall win went to an incredible image by German photographer Lorenz Holder.

Once the crowds cleared out from the unveiling I stayed around to capture this shot of my image in its place on the walk of fame promenade with the incredible view of Hong Kong in the background.