Why Extenders or Teleconverters Are Vital for My Wildlife Photography 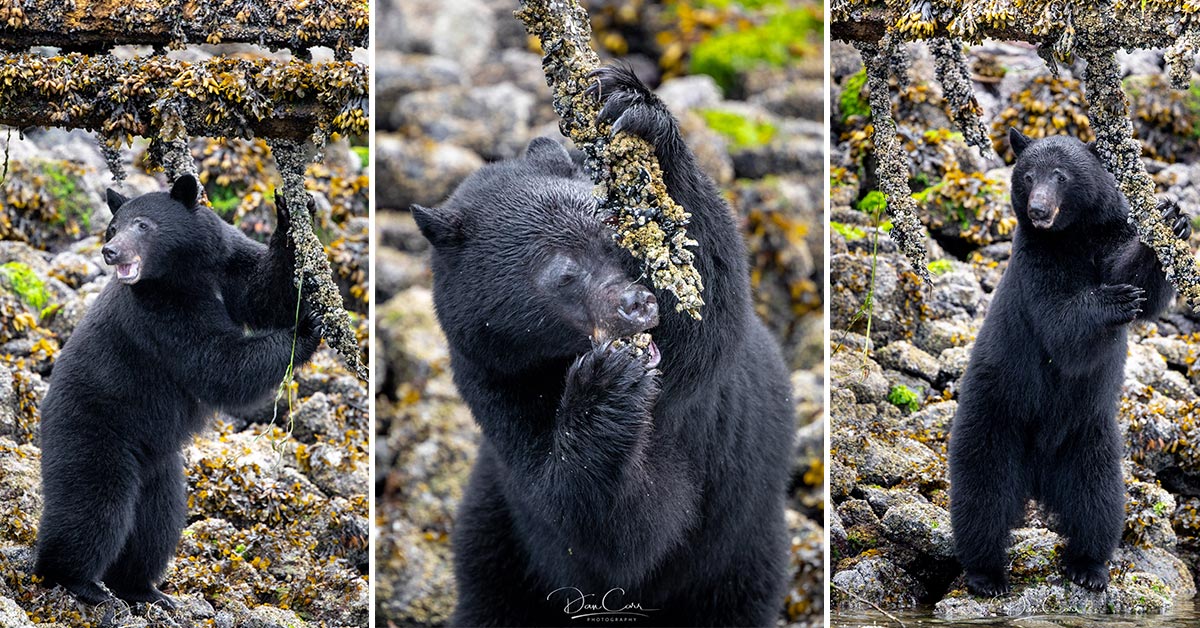 When I’m packing for a wildlife photography trip I always take at least a couple of extenders (teleconverters) with me, usually a 1.4x and a 2x. Amongst some people, extenders have a bit of a bad reputation. People will say (usually on internet forums) that you can’t get sharp images with an extender, or that autofocus becomes unusable. And yet somehow I consistently manage to get great results with mine… how strange!

The fact is that these people simply don’t know how to use extenders correctly. I’ve written extensively before about the best practices for using extenders, so if you’re entirely unfamiliar with them then that is a good companion piece to this one. In this post I’m not going to talk about the technical stuff because I’ve covered that in the other article. This time I want to let the images do a bit more of the talking, and also discuss the real benefits of extenders aside from them just giving you a longer focal length. Yes, they certainly do give you more zoom, but how can that be useful? And how can you best use that for wildlife photography?

On this trip I was really focussed on capturing the unique coastal environment of these black bears, along with their interesting dietary habits. Most people imagine bears eating grass, not crabs, mussels and barnacles! Capturing unique behavioural photos is a tough challenge, though. It takes time, and perseverance.

This bear was wandering down the rocky shore, flipping over rocks on the beach to look for crabs. By this point in the trip, I already had many photos of that behaviour and I was really hoping to get something more unique. At one point, my boat captain pointed out that the bear was approaching a fallen tree that had been uncovered by the low tide. My heart immediately began to beat a little faster because I knew that there was a good chance that the bear would, at the very least, raise his head to eat some of the barnacles off the log. I had witnessed this behaviour before from a great distance, but this time I thought I might be within a good range to capture it.

Since this had the potential to be a much more unique photo, I quickly prepared my gear. I pulled out both extenders, removed the front and rear caps and placed them carefully in an open camera bag on my lap so that I could reach them in an instant. Then I double checked my ISO and because I was on the water, I triple checked my shutter speed because the movement of the boat requires the use of a faster-then-normal shutter to get a sharp image.

As soon as the bear reached the fallen tree it began to sniff it and stand up. As luck would have it, the bear was also facing in the direction of our boat! It was about as perfect as you could imagine, and I was even able to use the barnacle-covered protruding branches to frame the bear for a lovely composition. After shooting for a few seconds at 400mm, I then shot for a few seconds with each of the two different extenders to get images at 560mm and 800mm.

When you know you’re shooting a unique moment, there’s always the fear that you’ll miss something when you stop to switch or add an extender. It’s definitely a possibility, but in my experience I’ve always been pleased enough with the results that I think it’s worth the risk if you can pre-visualize the image you really want to get with that increased focal length. Note that I’m not saying you should always use your extenders! Far from it. You must be able to visualize the photo you want to get with that new, longer focal length. If you can do that, then you can quickly decide if it’s worth taking that risk.

The reason I love to carry extenders with me is that I can quickly create a variety of different compositions when I’m in a situation that doesn’t allow me to control my movement. This moment was brief and we had to cut the boat’s engine so as not to disturb the bear. Despite that limitation, I was able to quickly create a series of differing photos instead of just creating many versions of the same photo, or having my compositions entirely dictated by my uncontrollable position. Not being able to move is a common scenario for a wildlife photographer, and I continually find extenders to be a useful way to combat that problem and allow more creative and compositional freedom.

The widest shot at 400mm is a great environmental portrait of this bear. It really gives you a good sense of the surrounding kelp and barnacle-covered environment. The shot at 560mm is somewhat similar in the sense that it’s still showing the unique environment, but as our boat drifted away from the bear I was able to quickly compensate with the extended focal length to keep it large enough in the frame for the composition I wanted with the overhead branch. At 800mm with the 2x extender, we’re getting a totally different shot that focuses less on the surrounding environment, and more specifically on the unique behaviour of the barnacle munching.

Yes, zoom lenses give the same sort of control, but for wildlife photography there aren’t any zooms that have a range and focal length this long. I was able to walk away, or should I say float away, from this encounter with several great images that could all be used together to tell the story of this bear and the coastal world that it lives in. If you’re going to spend a lot of time and money chasing great wildlife images, to me it makes sense to give yourself the tools to both overcome the difficulties of where you can and can’t be, and give yourself the compositional freedom to create wider and tighter portraits. There’s a vast difference between the 400mm and 800mm shots, and I can’t say that I prefer one of them over the other. What I can say, though, is that I love having both of them.