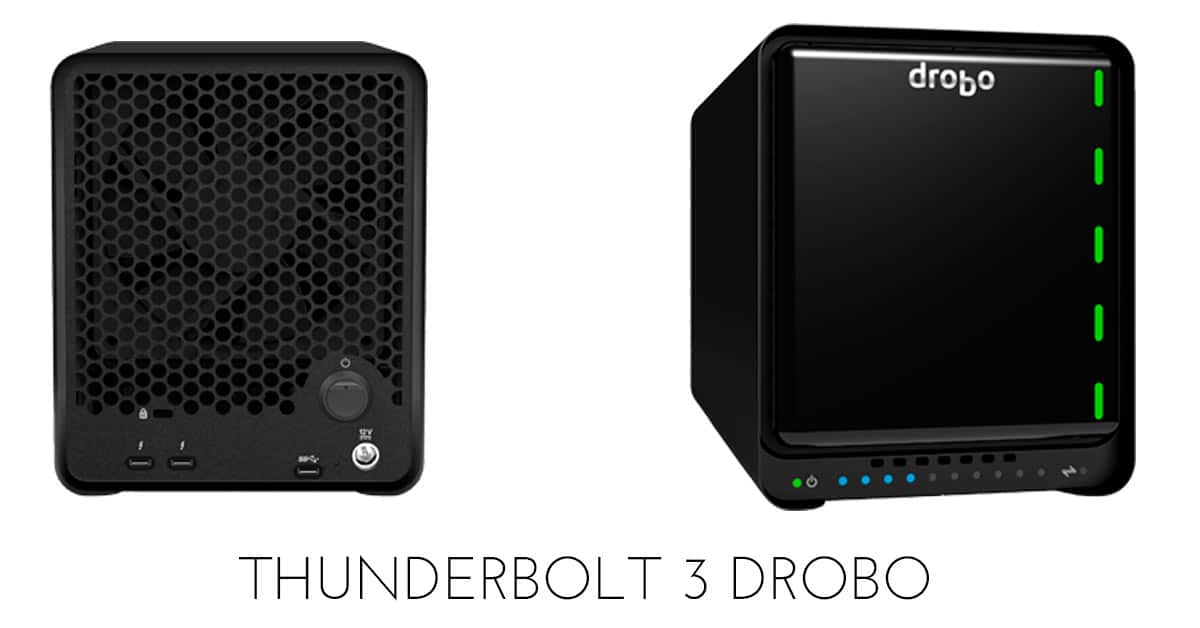 If any of you have been keeping track of my semi-regular updates about my backup solution and general photo storage workflow, you may remember that my primary devices are currently Drobo 5Ds. My history with Drobo goes back to the very first generation Firewire products, and back then they were buggy and unreliable machines that caused me to write some less than flattering reviews.

In recent years though, the company has undergone a change in management, and very clear steps have been made to improve the reliability of their machines. Aside from a recent power adapter failure on one of my 5Ds, they have been flawless for nearly 4 years and have saved my ass from a couple of hard drive failures.

In recent months I have been looking at moving to a different storage system because my current Drobos are nearly full, and I also wanted something that was a little faster. Since the launch of my Drobo 5D they have now made it possible to have up to 64TB of space in a single unit (up from 16TB), but to switch the firmware to upgrade to the 64TB max setup requires reformatting the Drobo. Essentially this means I’d have to buy a new set of drives for the Drobo because I don’t have 16Tb of empty space lying around anywhere else to temporarily store the files on. Initially this had me considering a change to a non Drobo system, but that might not be the case anymore.

I always look at the longevity of a solution, and it’s clear that Thunderbolt 3 is going to become the next big standard. Whilst there is no speed advantage to Thunderbolt 3 over Thunderbolt 2, due to the bottleneck in mechanical hard drive speed, there are connectivity benefits, such as daisy-chaining potential, and powering a laptop from the drive to simplify office setups. Because of this, I figured if I’m going to spend a few thousand dollars on a new setup, I should probably go with Thunderbolt 3 now, even if I won’t see a benefit for a year or two.

Drobo have, in the past, been notoriously slow at rolling out new products with current technology so to be honest I totally wrote them off as a Thunderbolt 3 possibility, figuring their own T3 solution would maybe show up in 2018.

Imagine my surprise then when not only did they launch the Drobo 5D3 last week, but it began shipping immediately from major retailers like B&H and Amazon! This is only a couple of weeks after big players like G-Technology finally got their own T3 solutions on shelves. Clearly this is a very different Drobo we are dealing with these days!

Simplicity is the key feature of a Drobo, and this comes in the form of their BeyondRaid software that cleverly allows you to use drives of any size in the 5 drive bays. In a normal RAID array, the drives need to all be the same size which can make it expensive to make incremental upgrades. With a Drobo, one day you can have 5x 3TB drives in the Drobo 5D3, and the next day you could swap out one of those drives to a 10TB drive if you wanted to add more space. It’s as simple as popping the old drive out and putting the new one in, a process I have done many times with my 5D units in the last few years.

But Aren’t They Slow?

You may have read that Drobos are a bit slow, and some of that slow speed comes from this ability to use multiple drive sizes. I guess you can’t have your cake AND eat it, as the saying goes. But are they really “slow”? If you compare them side-by-side to other RAID systems, yes, Drobos do tend to be slower, but in real world usage I think we’ve got to the point where it doesn’t matter quite so much because even a slow Drobo is incredibly fast for most people’s purposes.

I read some initial reviews of the new Drobo 5D3 and they are reporting up to 700mb/s read speeds which is pretty darned fast. Yes, you could get 900mb/s with a RAID5 G-Technology G-Speed unit, but it’s significantly more expensive, and only a tiny portion of people will ever notice that difference. If you’re editing 4k video you might want to go as fast as possible, but I’ve been running a professional photo business off my Drobo 5D for 4 years, and that thing barely scrapes past 100mb/s when you test it with Blackmagic Speed Test.

If I can go from 100 mb/s to 700 mb/s then I’ll be elated, and I feel like that kind of performance jump will keep me ticking over for many years to come.

So yes, if you compare apples to apples then Drobos are typically a bit slower than a comparable RAID system, but the overall speed of these solutions has risen so high in the past few years that they are still insanely fast, especially when you consider the reasonable price point. If you’re a photographer just using it to access photos, it’s more than fast enough.

Oh yeah, the other thing is that the Drobo 5D3 is actually much CHEAPER than the 5DT that it’s replacing! That doesn’t happen very often, especially when Thunderbolt licensing fees tend to bump prices up. Drobo 5D3 is available now for $699 and I’ll definitely be testing one out soon.