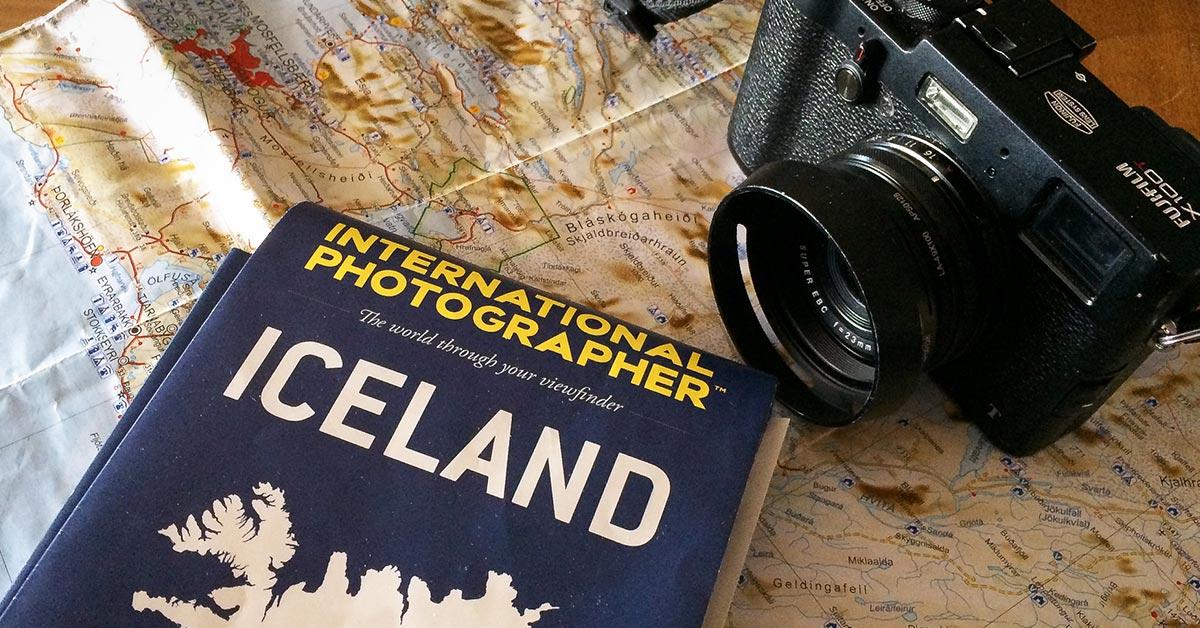 This past October, I spent a little over a week in Iceland and was completely blown away by the photographic possibilities. That’s not to say my expectations were low going in. Like many, Iceland has been on my proverbial bucket list for some time, complete with mental snapshots of dancing aurora and volcanic landscapes. I’d just never really made it a priority to visit, as it lingered perpetually on the “some day” list thanks to its remoteness and the never-ending list of places to explore in my own backyard here in the Yukon. But when my better half got the notion a while ago, I didn’t hesitate and we were on our way.

For the better part of a decade now, Iceland’s tourism numbers seem to have been growing exponentially. This is perhaps thanks to incentives like the extended layover offer from Iceland Air, that allows travellers en route to Europe to step outside of Keflavik International Airport for up to one week without needing to book a separate ticket for the continuation of their journey. While many simply see this as an invitation to shop or dine in the capital city of Reykjavik for a couple of nights, the opportunity for real photographic adventure only begins once you leave the city in your rearview mirror and let the countryside unwind at its own pace.

Renting a Car in Iceland

Thanks to a more tourism-focused economy, vehicle rental and accommodation options abound on the tiny island nation [by area, Iceland is smaller than Cuba, and slightly larger than South Korea, and home to just over 300,000 citizens!]. Unfortunately a relative abundance of options does not result in affordable prices. Even though a few major chains like Hertz, Budget and Thrifty have a presence, doing a bit of research and finding a local company is usually the best bet.

After attempting to navigate the nuanced differences between Iceland Car Rentals, Cars Iceland, Reykjavik Cars, Iceland 4×4 and Ice Rental 4×4, I landed on Blue Car Rental which seems to be the wholesale provider for at least a few of the various brands. Selecting the most fuel efficient and affordable 4×4, which is not just recommended but essential for travel on the more rugged F-roads, still set me back north of $1,200 for a week. However, this included all  insurance options, both typical and arcane. Wind, sand & ash insurance anyone?

Once that was all sorted, it was a breeze to get out and discover more of Iceland beyond Reykjavik and the tourist-friendly ‘golden circle’ region. Not to be confused with the smaller golden circle, the #1 highway ring road winds around the perimeter of the entire country and really makes life easy. Thanks to the simplicity of the highway system, for most drivers a GPS system is completely unnecessary, unless you really feel the need to have that additional safety blanket. A good printed map, on the other hand is a wise investment. There are a few great photographer-centric maps available, that highlight the location of waterfalls, geysers, volcanos and other features worth venturing off the ring road to explore.

Depending on how much time you plan to stop, gawk and photograph your surroundings along the way (and you’ll be gawking a LOT), a complete circumnavigation of the 1,332km ring road is feasible to complete anywhere between three days and two weeks. Either way, you will come home thinking it would have been great to spend more time.

For camera gear, I left the tripods at home and attempted to pack relatively light this time around, thinking of it almost as a location scouting trip for future adventures. In Reykjavik, my Fujifilm X100T reigned supreme as a walkabout camera, but once out in the countryside and moving at a slower pace, my Nikon D810 took over. For lenses, I couldn’t resist bringing along the 200-500mm f/5.6E VR, which is surprisingly easy to pack. For wide angles, my veteran Nikon 20-35mm f/2.8 AF-D did a fine job with the nifty fifty 50mm f/1.8 AF-D covering the middle ground and I couldn’t resist sneaking in the 105mm f/2.8 VR for details and mid-tele distance landscapes. I also brought my laptop so I could import and process a few images at the end of each day. Did I say I was trying to pack light? Oops! At least a quick look at the metadata from the trip shows I used all four of those Nikon lenses, and fairly evenly at that.

Heading south-east out of Reykjavic to start our loop, it was hard to focus on driving with so much varied scenery flying by. Rolling green pasturelands get interrupted by jutting black mountains, punctuated every now and then by waterfalls and peeks at the wild north Atlantic Ocean. Blink and you’ll miss the turn off for Eyjafjallajökull – the massive volcano that famously shut down all European air traffic for a few days in 2010 following an eruption.

We pressed on, with jaws permanently in drop mode, and settled in to a rustic cabin near Djúpivogur for a couple of nights. There is a great spirit of hospitality even out in the countryside, and we found many options available on AirBnB. This particular area is renowned as a sanctuary and final stopping point for migratory birds en route to warmer climes for the winter. Staying put for a while here provided an opportunity to explore more of the Eastern Fjords region at a leisurely pace, without worrying about making good time to the next destination.

We eventually headed north, making our way to Akureyri, Iceland’s second largest city with a population of just over 18,000. Again, we chose to stay just a bit outside of town in at a rental cabin so that we would have a chance of seeing the northern lights at night. While the lights did pop out one evening, it wasn’t a spectacular display. Nevertheless, this location made for a great home base for exploring the nearby Mývatn Lake region. This area includes sprawling lava fields, alien-looking geothermal vents, dormant volcanoes you can hike up, and some of the most impressive waterfalls in the country (or world!) including the stunning Goðafoss ‘waterfall of the gods’.

When home finally beckoned, we continued our counter-clockwise drive back toward Reykjavic. Adding in a detour around the Snæfellsnes Peninsula, we were able to take in even more eye-popping scenery. Despite its relative proximity to the big city, the secondary roads here were mostly empty, allowing for plenty of spontaneous road-side photo ops and exploration. The jewel of the Peninsula is the iconic Kirkjufell Mountain near the village of Grundarfjörður.

After it was all done, the only regret from this trip was not taking more time. We made the loop in just 8 days, and could easily have spent twice as long. But now that the initial trip has been completed, I’m working on my plans to get back soon and soak it all up even more!