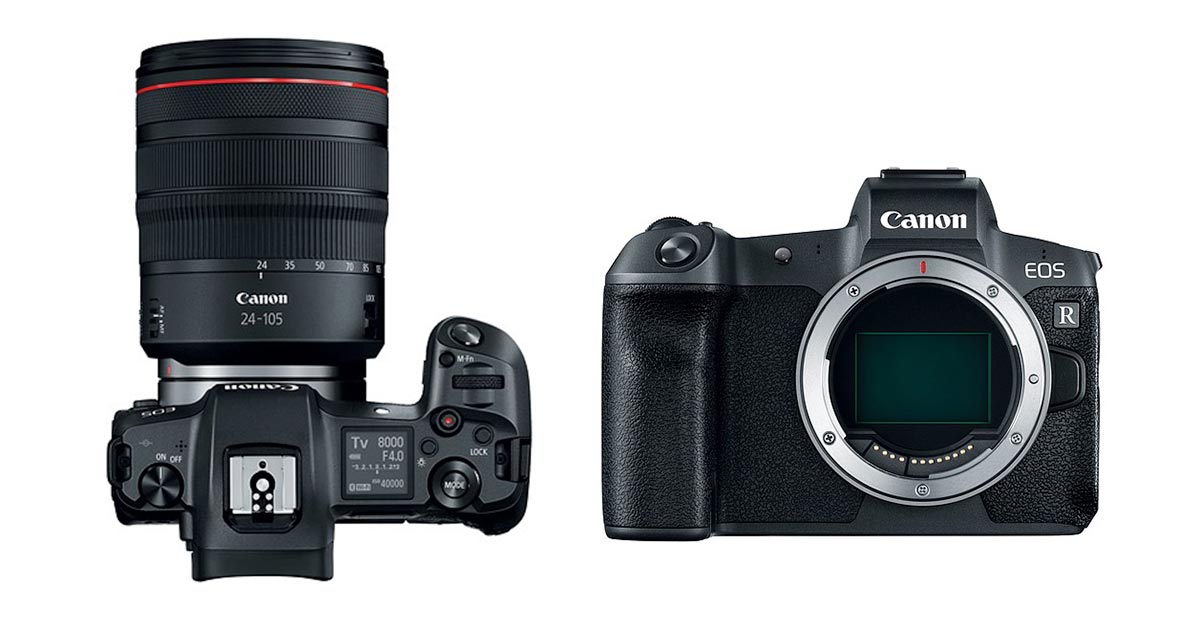 Canon’s first mirrorless full-frame camera has landed, and on paper it appears to have a lot going for it. The internet has been awash with leaks and rumors about this camera for the past two weeks, and just about the only thing not to have leaked was the price. It’s all very well having a full list of camera specifications, but without the price, it’s hard to pass much judgement. Today we found out that the EOS R will be $2299 when it hits stores in October, and I think that price will surprise a few people. 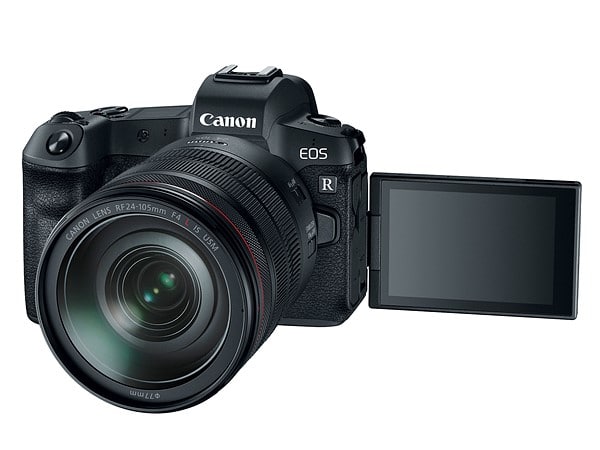 This places the camera somewhere in between the Canon 6D Mark II and the 5D Mark IV, although when you compare the specifications it certainly seems to be closer to the 5-series camera, but nearly $1000 cheaper! This might be a smart move on Canon’s part because it will cannibalize sales of both cameras, thus getting a faster adoption rate for the new RF mount. The faster they can get people into the RF ecosystem, the less likely they are to run off and buy a Sony or a Nikon during this transitional period. 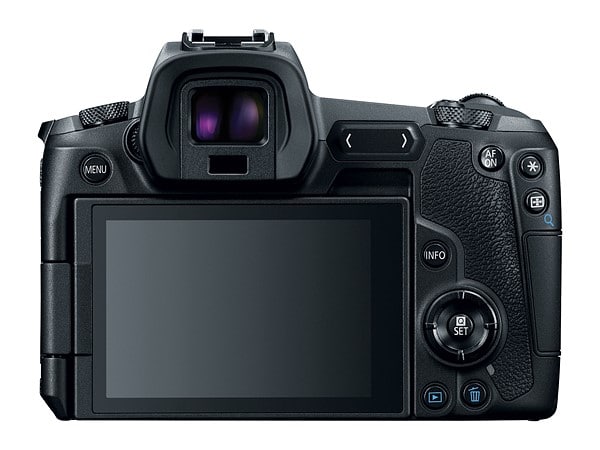 MELVILLE, N.Y., September 5, 2018 – Canon U.S.A. Inc., a leader in digital imaging solutions, today announced the next revolution in the company’s long history of innovative and award-winning camera systems, the EOS R system featuring the newly designed RF mount. Recognizing the need to advance optical design, the Company sought to create a versatile and powerful new system that supports all current EF, EF-S, TS-E and MP-E lensesi, and also provides the optical advancements and engineering flexibility to build upon for years to come.

When Canon set forth to develop a new interchangeable lens camera system, they focused on three core optical principles: high-image quality, high-specification performance, and compact design. Recognizing that optics is the foundation for any camera system, the RF mount was conceived to open new doors in optical design. Canon’s new RF mount features the same size diameter as the EF mount (54mm) and shorter back focus distance. This allows for lenses to sit closer to the sensor (the focal plane) and allowed Canon optical engineers to reimagine lens design utilizing larger rear lens elements to produce an image on the full-frame sensor. This new optical formula has paved the way for higher performing lenses. In addition, the Canon RF mount features a high-speed 12-pin communication system that provides faster and more in-depth communication between the camera and lens over existing Canon mount systems.

“There has never been a time in history in which visual expression has been so prolific. Imaging, both still and video, are the communication mediums of today’s society. Much in the same way we learned to type in the past, today’s youth are skilled in shooting, editing, and visual storytelling in ways that only the masters of each craft were decades ago,” said Kazuto Ogawa, president and chief operating officer, Canon U.S.A., Inc. “Knowing this, we needed to step back and design a system that delivers all the creative expression and functionality today’s youth crave, now and in the years to come.”

The First in a New System: The EOS R

The new Canon EOS R full-frame mirrorless camera features a 30.3 megapixel CMOS sensor that is powered by the Company’s latest image processor, DIGIC 8, enabling shooting at up to 8.0 frames per secondiii. The new camera inherits a lot from Canon’s legacy in both EOS and Cinema EOS. Video storytellers can capture stunning 4K UHD video up to 30fps and record in 10-bit 4:2:2 (with an external recorder). The EOS R also comes with the ability to shoot Canon Log, providing 12 stops of dynamic range, minimal loss of detail in shadows and highlighted areas and an increased range of choices when color grading. Users with an existing collection of Canon lenses will be excited to know that all EF and EF-S lens are compatible with the camera. In order to do so, photographers and videographers can choose between using one of three new mount adapters, each uniquely designed to meet the individual needs of the user.

The new Canon EOS R camera features Dual Pixel CMOS Auto Focus with 5,655 manually selectable AF pointsiv, supporting AF at up to f/11 with a 384 zone (24×16) real-time metering system. With f/1.2 lenses, the camera astonishingly boasts AF sensitivity in low light in as little as EV-6. When using the RF 24-105mm F4 L IS USM lens with the EOS R, the camera can focus in as little as 0.05 seconds with Dual Pixel CMOS AFv, making it the fastest autofocus speed in the worldvi. These features provide photographers and videographers with Canon’s most advanced AF system to date. The EOS R also features a silent shutter setting when shooting in single-shot mode; an important feature for those who need to capture imagery without disrupting the scene. An upcoming free firmware update will enable silent shutter in continuous shooting mode as well.

“The EOS R system is not just a new camera or a new lens mount, it is a new design that will allow us to produce visual tools that were previously impossible, and allow our customers to tell their stories with greater depth, richness of color, and creative flexibility, in optically stunning ways.” states Kazuto Ogawa

Thoughts From the First Users

“I think every camera system has its place and it’s all about having the right tool for the job,” reported acclaimed outdoor photographer and Canon Explorer of Light Jimmy Chin. “The new EOS R system for me in particular is very useful for the kind of shooting that I do in the mountains, where I need to worry about the size and weight. Having the option to use the new RF lenses or the EF lenses is really great.”

“I was instantly impressed with how quickly the EOS R was able to focus,” remarked celebrated fashion photographer and Canon Explorer of Light Lindsay Adler. “Whether my subject was moving or I was shooting in near-complete darkness, I had no problem getting tack-sharp focus in every shot. It was a relief to know my gear wasn’t going to hold me back from executing my vision, but instead it would really help me to execute this vision.”

“For us, it’s all about getting the shot no one else can get, and a lot of this has to do with the camera,” says Devin Graham, director and filmmaker behind YouTube’s DevinSuperTramp. “The new EOS R will become one of our main cameras. It has a very small footprint, yet is able to create amazing images. As for the lenses, the new RF 28-70mm F2 has just become one of my all-time favorites. I’ll be bringing it on every project.”

Conveniently placed just to the right of the EVF, Canon has introduced a new Multi-Function Bar that will allows users to more easily access their customizable settings, such as AF, ISO and White Balance. Users will have the option to either slide or tap the bar to gain access to the settings and adjust on-the-go as they deem necessary depending on each particular shooting situation.

Additional noteworthy features of the EOS R Camera include:

†Based on weekly patent counts issued by United States Patent and Trademark Office.

i When attaching an EF-S lens via any of Canon’s new R-series mount adapters, the new EOS R automatically switches to APS-C crop mode.

iii Continuous shooting speed may vary depending on the shutter speed, the aperture, the lens being used, the battery charge and various camera settings.

iv Available AF points may decrease when shooting with AF cropping or in movie mode, or depending on camera settings or lens attached.

v Based on results of AF speed tests in accordance with CIPA guidelines. Results may vary depending on shooting conditions and lens in use. Relies on internal measurement method.

*Availability, prices and specifications are subject to change without notice. Actual prices are set by individual dealers and may vary.