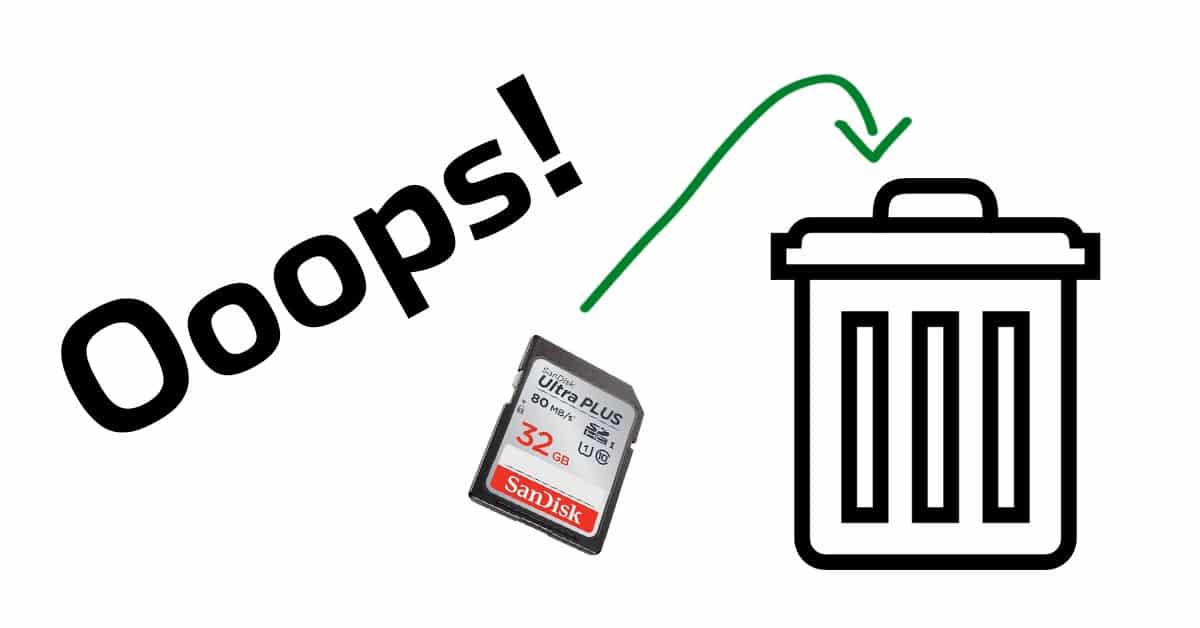 Accidents do happen, and if you take photos for long enough, at some point you’re probably going to find yourself in a situation where you’ve accidentally deleted images from a memory card. This sounds like a total disaster, but actually you might be surprised to find out how easy it is to get those photos back. Whether you delete a single image, or format an entire card, most of the data actually remains in place and all you need is a piece of software that’s smart enough to dig it out.

You can’t do this forever, eventually the data will be written over by new images, but if you catch your mistake fast enough, and then stop using the card until you have performed a recovery there’s a good chance that you’ll get your photos back. In fact this also works on regular hard drives too, not just memory cards, although I suspect that accidentally formatted memory cards is likely the most common usage for this software amongst photographers.

Stellar Photo Recovery is one such piece of software, and the makers of the software recently asked if I wanted to take a closer look at it to see how it performed. The programs comes in three variations, starting with the $49 version that I tested which attempts to recover deleted files. The two more expensive versions of the software also include tools to attempt repairs on corrupted JPEGs and corrupted video files.

For the purposes of this post, I’m just going to talk about this $49 version because it was easy for me to test it by simply formatting some cards and they trying to recover the images. Testing the other versions of the software would not be possible unless I actually had a corrupted image or video to try and repair. Fingers crossed that never happens…

The interface for Stellar Photo Recovery is super simple. You have an option to begin a recovery, an option to resume a previously started recovery, and an option to create an image of a disk (or card), which basically means make an exact copy of it. The recovery process on a very large volume could take a long time, so I appreciate that they have included the option to stop and resume a recovery when needed.

Whilst the initial scan it taking place, a file tree shows you how many images have been discovered and what file types they are. Once the initial scan has been completed, you’re free to browse the images that it has found, including image previews, and then select the ones that you wish to recover.

I have to say that it all worked just perfectly during my testing of a card that I formatted in my Canon 5D Mark IV. As you can see from the screenshots, the software easily recovered well over 1000 images! In fact I was amazed to see it recover images that were deleted from the memory card well over a year ago.

Some cameras have what is called a low-level format option, and if you’ve accidentally activated something like that then you might have a much harder time because these options write some data over the deleted files. It’s unusual for people to use this option though, because a low-level formatting takes much longer, so it’s always a secondary option in camera menus. To my knowledge, Canon and Nikon cameras don’t have such a feature anyway, but I think that some Sony ones do.

One of the great things that I found out is that you can download the software for free and run the scan right away. You only need to purchase the software if you actually want to recover the photos, so if you aren’t able to use the software to get the images you lost, you won’t be wasting your money. Awesome! If the scan comes back positively and you do see the lost photos, just enter your license key and it’ll recover the images right away. This seems like a really fair way to do things and makes it an easy piece of software to recommend!

One note that I want to make on the functionality is that you’ll see more than one file recovered, even if you just select a single image. In the photo above, this was the files recovered for a single CR2 Canon RAW file. You’ll see that all three are labelled .CR2, but actually only the first image is a true RAW file. The second image in the list is the embedded JPEG that the camera creates for the purposes of showing the photo on the LCD screen, and the third image appears to be another thumbnail JPEG, whose purpose isn’t quite clear to me. Double clicking the top CR2 file will open it, but the next two files will show errors unless you change the file extension from CR2 to JPEG, at which point you’ll be able to open them. As you can see, it also adds some useful information to the filename for you, so you can quickly determine what camera took the photo, and what date it was taken on. Yes, this is a RAW file that was created (and deleted) over a year ago. It has probably survived being formatted over 30 times! Quite amazing to be able to still get that back from the card.

Stellar Photo Recovery is a simple piece of software that might just save your ass one day! I love that you can test it for free to see if it’ll perform what you need, it really means that there is no reason not to use it if you’ve accidentally deleted something. At that point you can then make the decision as to whether it’s worth the $49 to get the photos back.