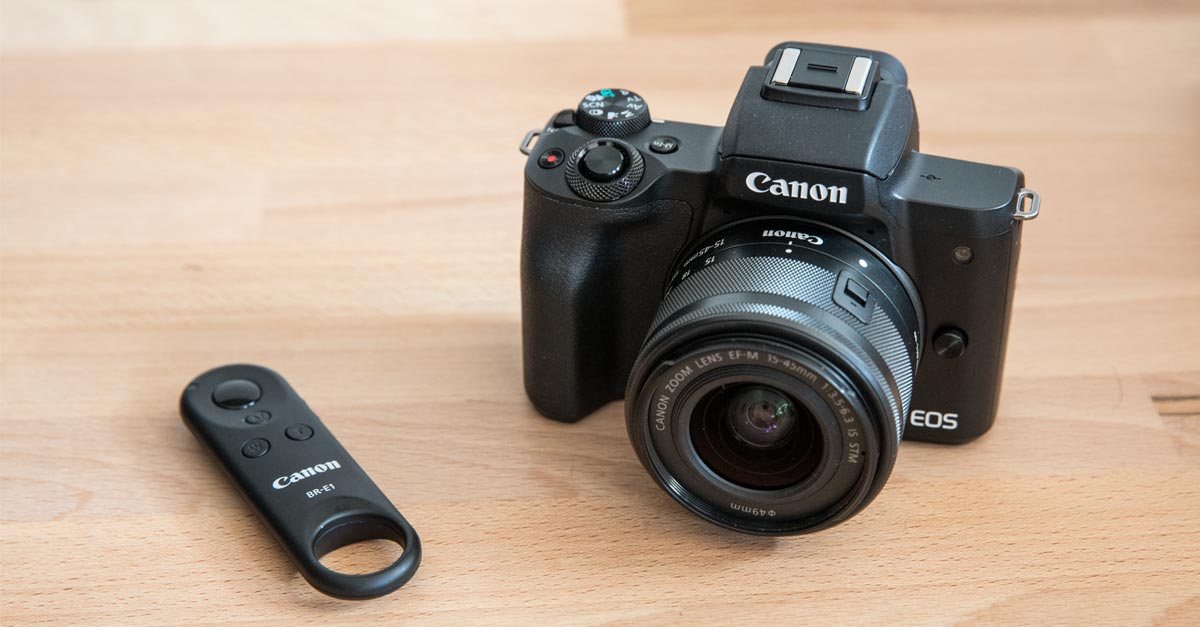 I’m currently evaluating the new Canon EOS M50 mirrorless camera and after a few hours playing with it, I wanted to post this information so that it’s widely available by others searching for it.

In short, the user manual for the M50 is the worst one that I have ever seen with a Canon camera – they should be ashamed of it. Not only is it incomplete, but what there is, is hard to decipher due to the tiny size of the images and graphics they use.

The M50 doesn’t have a port for a cable release of any kind – not the 2.5mm style nor the 3-pin DSLR style. It also lacks the infra red receiver for use with the RC-6 remote. In order to perform remote shooting with the EOS M50 you need to purchase the Canon BR-E1 bluetooth remote control. At the time of writing this though, the M50 is not listed as a compatible camera for this remote on Canon’s website, nor is it mentioned AT ALL in the crap user manual of the M50.

I can confirm that the BR-E1 does work with the EOS M50 though.

Unbelievably, despite the M50 having several modes and settings in its menus for using a remote control, the word “remote” does not appear in the user manual once. They just completely ignored it, so I guess it’s up to people like me to fill Canon’s customers in. *sigh*

You only need to perform the pairing once, although it should be noted that the remote can only be paired to one camera at a time. If you had two cameras you'd have to keep pairing them each time, or carry two remotes. What a pain in the ass that is!

Shooting Photos with the BR-E1

To use the BR-E1 remote to shoot photos, you need to put the camera's Drive Mode into "Remote". Once this is done, you can use the switch on the side of the BR-E1 to select one of two modes. The first takes a photo as soon as you press the button, and the second gives you a two second time. Just enough time to hide the remote so you don't have a bunch of selfies that just show you pointing at the camera.

Shooting Video with the BR-E1

This one really took some time to figure out. The BR-E1 has a video mode on the switch, which should in theory trigger the video recording to start and stop. Even when you have paired the remote to the camera though, you'll find that this doesn't work initially. When in photo mode, as we know, you have to set the drive mode to "remote" in order for the BR-E1 to work, but in video mode there are no drive mode settings. So this stumped me for some time!

IMPORTANT: If you do not have the M50 in video mode on the main dial, this Remote Control option is not visible in the menu. This made it particularly hard to find! I have no idea why Canon would do this, and even less idea why its existence, or even a mention of the remote isn't in the damn manual.

I think a remote is always a useful accessory when you are shooting on a tripod and don't want to introduce vibrations to the camera for long exposures. Honestly I would have preferred the simple wired remotes because they don't run on batteries, and you can use them on all your cameras easily. Unfortunately that's not an option, so you're either left with the BR-E1, or using your cell phone as a remote which is pretty clumsy.

Unfortunately whilst the third-party market for simple wired remotes is booming with cheap options, the added complexity of bluetooth likely means there won't be third-party options for Canon bluetooth remote controls, so you'll have to pay the $40-45 price for the official Canon BR-E1.