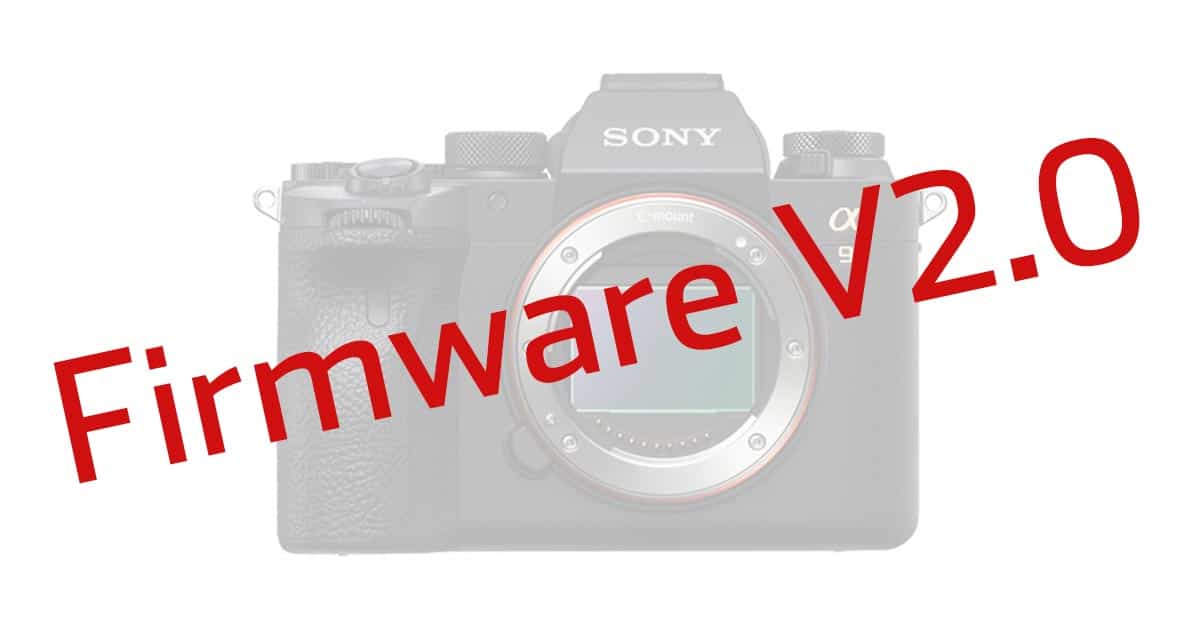 Regular readers know that I made the switch from DSLR to mirrorless a few months ago, and with that, a switch from Canon to Sony. I had been preparing an article that addresses the main problems I have encountered, and the main frustrations I felt during that switch, but Sony just solved one of the biggest issues with their latest firmware update for the A9 II.

Firmware version 2.0 for the Sony A9 II includes several minor tweaks, but by far the most important is the option to close the camera’s shutter when the camera is powered down. This means that when you are changing lenses in the field, or removing a lens to add a teleconverter, you shouldn’t have any issues with dust and other crud getting all over your sensor. Instead of the sensor being open to the elements as it is with most mirrorless cameras (apart from the Canon EOS R), the shutter is now closed when the camera is powered down, sealing the sensor away from airborne debris.

At the moment this update is only for the flagship A9 II, but I’m sure we will see it come to other existing cameras, and future cameras as a standard feature. Now, Sony can’t be credited for inventing this idea. The kudos for that has to go to Canon when they launched their EOS R. But I do give Sony Kudos for adding this as a feature because as someone who just switched from DSLR, dust management was really driving me nuts.

Was sensor dust really that much of an issue? I hear you say.

People who have used mirrorless for many years seem to think the issue wasn’t all that bad. I think they have gotten used to it. But in my experience I was basically having to rocket blow my sensor every day I took the camera out. If dust did get on the sensor, the Sony sensor cleaning function – where it vibrates the sensor at high frequency – is not nearly as effective as the Canon one that I was used to. With my DSLRs it would not be unusual for me to go for over a year between needing to resort to getting my rocket blower out and blowing it at the sensor, and there’s no way I needed to carry it in the field with me. When I switched to Sony mirrorless, though, I realized within two days that I was going to need the blower to be a constant part of my camera bag kit.

I’m hopeful that this firmware will solve that issue, and while I’m a happy A9 II user right now, I also hope Sony rolls this update out to my fellow Sony shooters in the very near future.

Support details and update procedures can be found here.

Benefits and Improvements from the latest update

The following benefits and improvements are also included in this update.