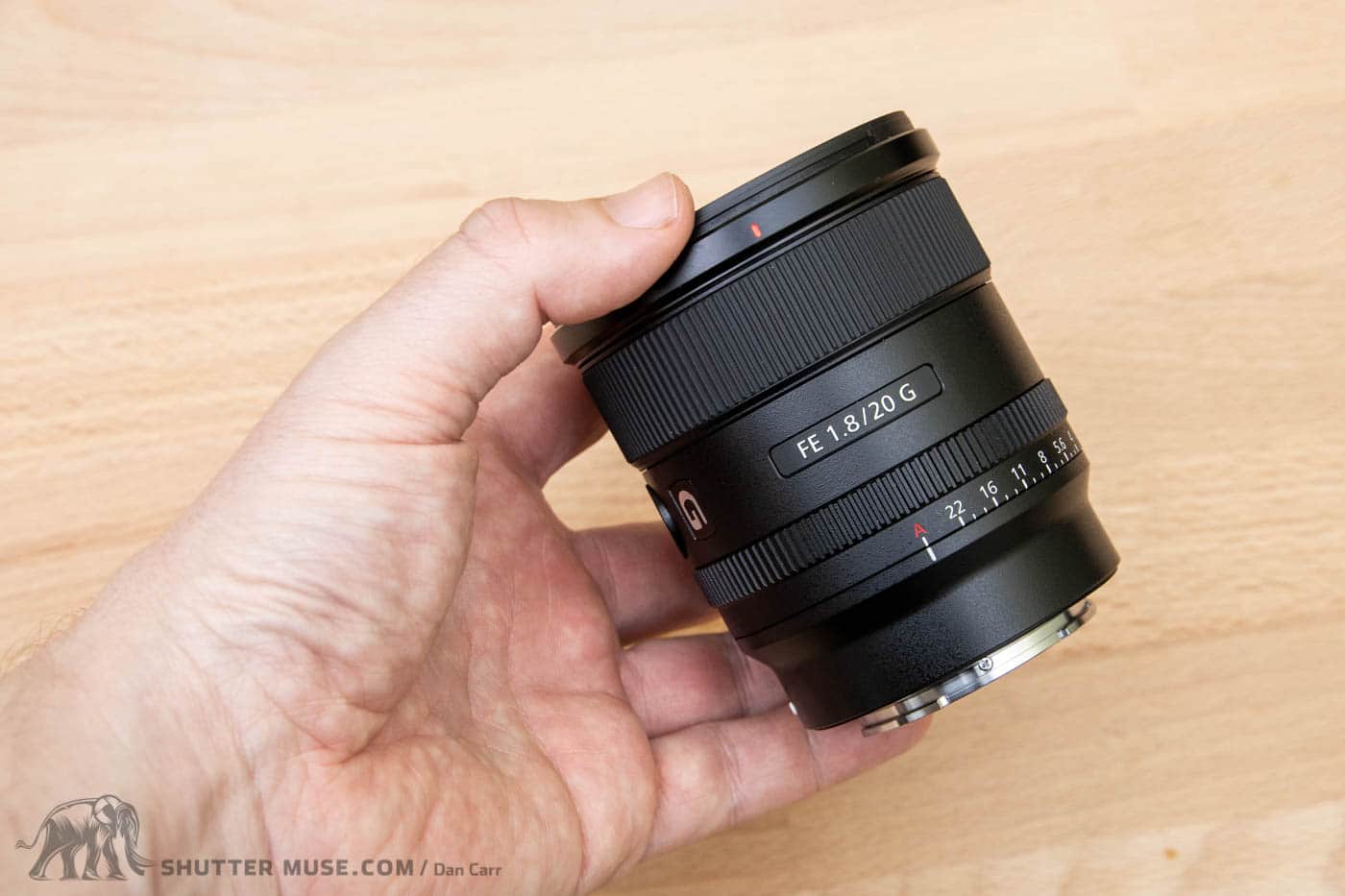 Sony launched the FE 20mm f/1.8 G lens in early 2020, with the headline feature being the small size and weight (308g), despite being packed with features borrowed from the more expensive G Master series of lenses. With its combination of a 20mm wide-angle view and extremely wide f/1.8 aperture, there’s no doubt this lens will be popular with landscape photographers and astrophotographers.

This lens carves itself a nice niche in the lineup of available first and third-part E-mount lenses. There are no other Sony 20mm primes at all, and although there is a Sigma 20mm f/1.4, it weighs three times as much and has a bulbous front element that prevents the use of most filters. I know which one I’d rather have, despite the 2/3 of a stop aperture difference.

A commenter pointed out the Tokina Firin 20mm f/2 lens, something I wasn’t previously aware of. However, having looked into it I doubt many people would choose (or should even bother considering) that lens over the Sony 20mm. The Tokina Firin is more expensive, heavier, larger, doesn’t have weather sealing and is only f/2 compared to the f/1.8 of the Sony. The XD linear focus motors in the Sony lens, borrowed from previous G Master lenses, is also an incredible feature that lets you get the most out of Sony’s AF system. I’m willing for someone to prove me wrong, but I can’t see the Tokina keeping up with that either, and from reading a few reviews of the Firin this morning that appears to be the case when even when people were comparing them to the slower AF tech in G lenses two years ago when the Firin was first launched. Given the image quality of the Sony lens (spoiler alert: It is stellar), I can’t see one redeeming feature of the Tokina Firin when compared to the much newer Sony 20mm.

I should also mention the Tamron 20mm f/2.8 as well. This lens is 1 1/3 stops slower than the Sony, so I don’t think it will be considered by the same group of people. Optically it’s not in the same league, either. However, it is less than half the price which is considerable, and will no doubt be important to some people.

A small, ultralight 20mm prime is a great lens for the Sony lineup. Any prime lens with a wider field of view than 20mm would likely have resulted in a bulbous front element, and it’s clear that the design brief for this lens was “small and light”.

While I take some time to get to know this lens before my final review, I though I would post this gallery of images so that you can get a sense for the size, features and design of what will surely become a very popular lens in the E-mount lineup.

The 20mm f/1.8 G looks much like the more expensive 24mm f/1.4 GM, but it’s slightly lighter and a little shorter. Physical features are shared between the two, with both lenses having the same aperture ring, focus hold button, aperture de-click switch and AF/MF switch. In use, aside from the noticeably lighter weight, the other noticeable difference is the metal filter thread on the front of the 24mm GM lens, where the thread on the 20mm G lens is plastic.