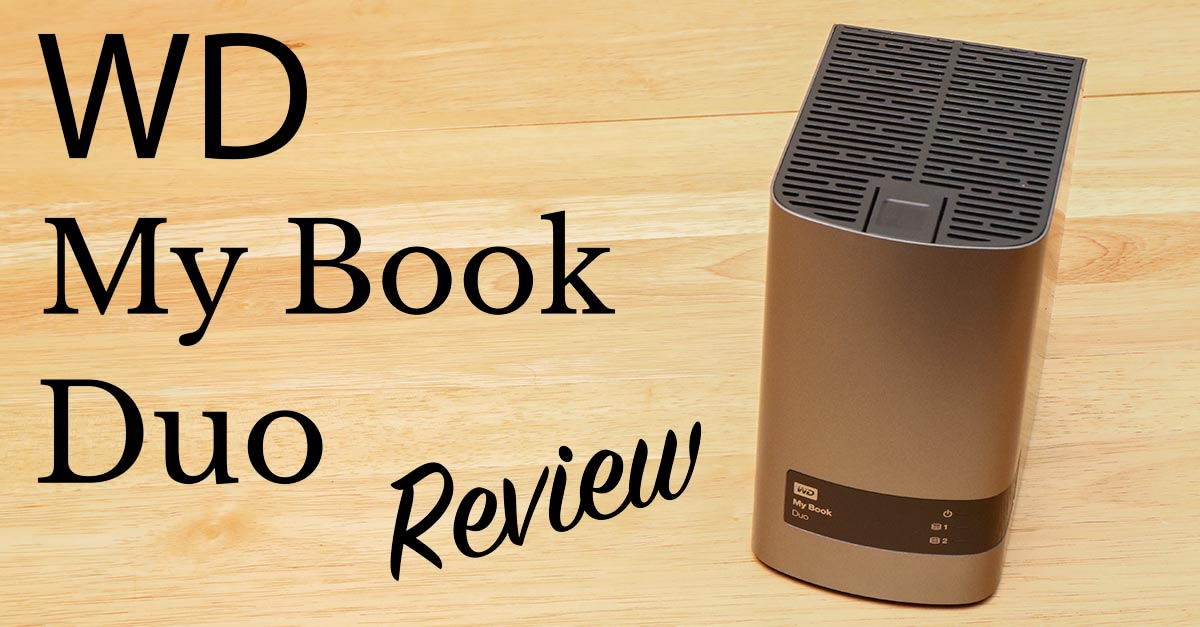 There’s no escaping the fact that serious digital photography requires an enormous amount of hard disk space for primary storage and backup. You do backup your photos don’t you? I hope so! Hard drive failure isn’t something that only happens to other people. They are mechanical, and it’s not a question of if they will fail, but rather when they will fail.

I won’t go into the details about my backup routine here, that’s a post for another day, but I recently found myself needing 12 terabytes more storage. It was to be part of my offsite backup, which I store in a Pelican case at a friend’s house to protect myself against fire, flood and theft at my own location.

I immediately jumped onto the B&H Photo website and searched for 12TB drives. I was expecting to have to get to 12TB by using 3 x 4TB drives in some sort of enclosure, but was pleasantly surprised to see that 6TB drives have started to become readily available for a good price and this has meant there are many 12tB options out there in very small form factors. By far the best priced one was the WD My Book Duo with a USB3 connection. They make a version of this drive with Thunderbolt as well, but for general photography purposes I find USB3 to be fine, especially as I’m going to use a RAID0 stripe on mine.

The WD My Book Duo offers RAID0, RAID1 and JBOD. With JBOD, the drive will show up as two distinct drives on your computer, in my case it would have been 2 x 6TB drives, although the My Book Duo is available in several other sized as well (4TB, 6TB, 8TB, 12TB). JBOD offers no protection agains drive failure. In RAID1 mode, the two drives are mirrored so if one drive fails, you can still access your data from the other drive but your capacity is halved so your total storage in my case would be 6TB. In RAID0 mode, there is no protection from failure, but you get the full 12TB and there are sizeable speed benefits to the way a RAID0 stripe system works. Speed comparison will follow later in the post!

I chose RAID0 for my setup because this was an emergency backup drive and I already have the contents of this drive stored on 4 other drives in my office. For me the most important thing for this particular setup was affordability and storage space, I needed the full 12TB.

The drive case itself is nothing too fancy. I have lots of shiny metal drives from people like G-Tech and Drobo and this is far from that kind of build quality, but that is to be expected at this low price point (about $700 for 12TB model). If it’s just going to sit on a desk, I have no problem in plastic enclosures at all. What’s great, and unique about it, is that it has a built-in USB3 hub! As soon as you plug it into your computer, you get a couple of extra ports available on the back of the drive.

What’s also fantastic about this WD drive is the fact that you can easily pull the drives out and replace them yourself. It’s just a matter of popping the lid open and pulling them out! A lot of the other 12TB options out there, like the G-Tech GRaid, did not offer that possibility even though they were twice the price. This means that even when the drives get full, I can buy larger drives in the future and slot them in. Or, if one drive fails, I can replace it myself and rebuild the RAID.

I used AJA System Test to analyze the speed of the My Book Duo in all three configurations. Let’s be honest here, speed tests are dull so I’ll summarize the results pretty quickly:

These test results came from transferring a 16GB 1080p video file. I did notice that when lowering the file size, it had a significant negative effect on the RAID0 read speed results, taking the average down to about 260MB/S for very small files. Nonetheless, these are still good results. WD only claims a speed of 290MB/S so to get extended transfers averaging much more than that is always a nice surprise.

A point of note is that all of these speeds crush the speed of my Thunderbolt enabled Drobo 5Ds that I use in my office. It’s always important to bear in mind that the drive design and architecture has an enormous effect on speed. Don’t get too hung up on USB3 Vs. Thunderbolt unless it’s a convenience to use one or the other for reasons like daisy chaining abilities. You’ve also got to consider the dirve speed as well. USB3 and Thunderbolt throughput far exceeds the abilities of mechanical hard drives anyway so the drive will often be the bottleneck. Solid state drives can take advantage of higher throughputs but of course, at the moment, their price is prohibitive in these kinds of large capacities.

The small power adapter is also welcome, compared to some of the giant bricks that come with other larger drive enclosures.

I was all set to spend some pretty big money on my next drive but when I saw the great price point of the My Book Duo I thought I should try it. Partly for my own curiosity, and partly because I’m always looking for products I can recommend to other people on a budget. I have to say that this drive far exceeded my expectations and I couldn’t be happier with my decision to save what amounted to about 6 or 700 dollars on the other options I was considering. I think that they could handle the Mac software situation a bit better, but it’s a minor inconvenience really, and the software is great once you do get it installed. If you are shooting a lot of video, especially 4K, then you’ll want to look at the Thunderbolt versions of this drive which are a little more expensive, but if you are a photographer then I think USB3 is just fine, especially if you use it in RAID0 mode. In fact you could use two of these on your desk, both in RAID0, and then use Carbon Copy Cloner to mirror them on a daily basis. This would provide you with 12TB of super fast, redundant storage for only about $1400. No other solutions come even close to that as far as I have seen at this time (Apr 2015).