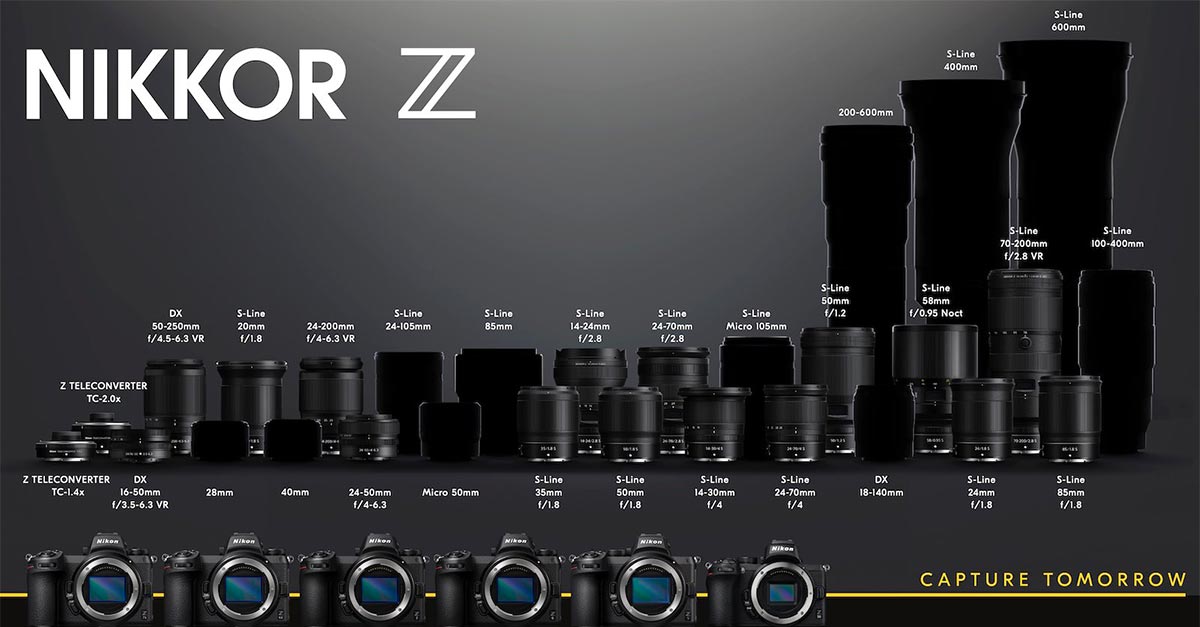 Nikon has revealed a newly updated version of their Z Series lens roadmap, and there are a few new additions that should get Nikon shooters very excited!

With the most recent version of the roadmap, we can now see that Nikon is also working on 400mm and 600mm primes lenses, in the S-Line, of course. There’s also an additional 85mm S-Line lens on the roadmap now, too. It would make sense for this to be an f/1.2 lens since there is already a Nikkor Z 85mm f/1.8 S, and I can’t believe they would bother with an f/1.4 lens.

Other notable inclusions in the roadmap include a 100-400mm lens in the high-end S-Line, as well as a 200-600mm lens that is sure to delight those that have previous used, or lusted after, the popular F-Mount 200-500mm VR lens.

While the inclusion of the 200-600mm lens on the roadmap will please many, it should be noted that this is not a “professional” S-Line lens. The aperture of the lens hasn’t been confirmed, but my guess would be for it to compete directly with the Sony 200-600mm lens and deliver a variable aperture of f/5.6-6.3.

I’m glad to see Nikon taking a leaf out of Fuji’s books and publicly unveiling a lens roadmap though! It makes it much easier for people to plan their purchases in this weird crossover DSLR-to-mirrorless period that many people find themselves in. I think it’s a smart move, and there’s a lot of compelling lenses on this list. If or when the roadmap gets updated, we will update this post.

Note: If you are unfamiliar with the names and nomenclature used by Nikon to describe their Nikkor lenses, I recommend you also read our previous article entitled Nikon and Nikkor Lens Terminology and Abbreviations. You can also check out a complete list of all Nikkor Z lenses and their specifications here.