3 Types of Automation for Your Photography Business using Zapier 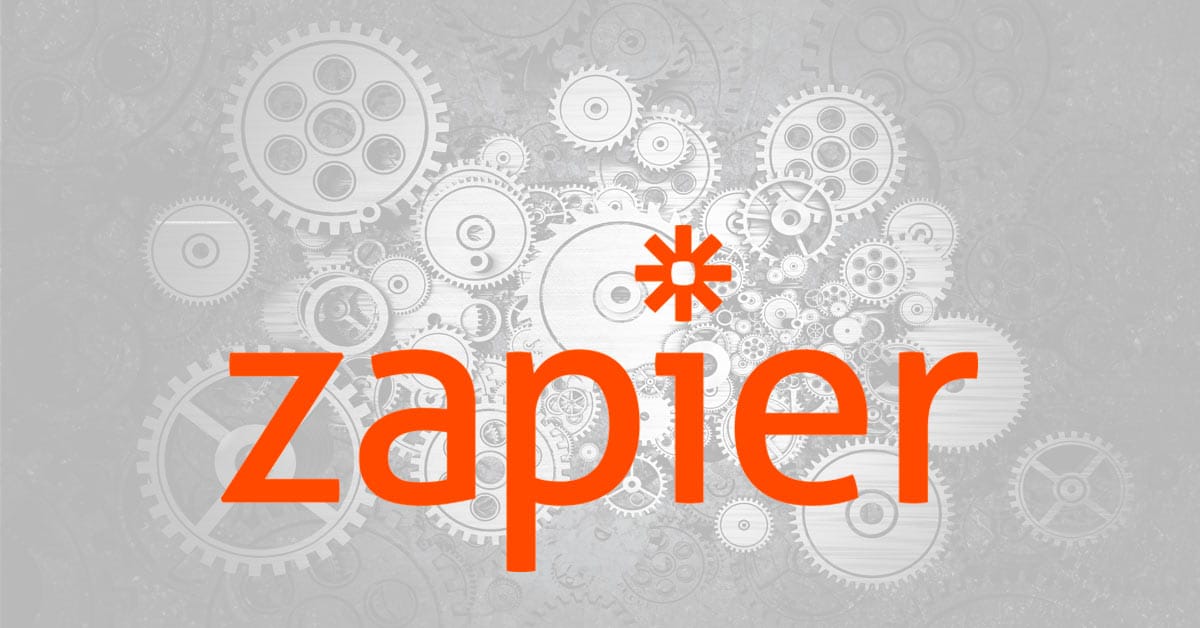 Some years ago I wrote a very popular post about automating your photography business, and I still find myself often directing people to that post because I truly believe in the time savings that are possible using automations services which are available for free. Back when I wrote that post, I was using a combination of two services called Zapier and IFTTT.

These days I perform all of my important photography business automations with Zapier because in the past few years they have vastly expanded the number of services they integrate with, and they also continue to add amazing new features to the service, such as the ability to create chains of multiple automated actions that get triggered by a single event.  I guess it’s not surprising that IFTTT hasn’t really changed much since it’s a free service, which never seemed like a great business model to me. On the other hand, Zapier has a free tier which will be perfect for many people, but they also offer paid tiers that allow you to create more automations. I do pay for their service, but you might not have to, it all depends how deep down the automation rabbit hole you want to go! The upshot of being a “freemium” service is that they can offer excellent support, and also have funds to continue developing awesome features.

Today I thought I would share with you some of the automations that I have running with Zapier to help me with my photography business. This stuff saves me hours and hours of work every month, and I can either use that time to get back out in the field with my camera faster, or I can kick back and put my feet up! Depends on my mood, but the point is that I have the choice, and extra time that I wouldn’t have otherwise had!

What is a Zap?

Zapier allows you to connect over 750 different apps together to perform your automations. An automation is called a Zap, and it consists of a trigger event and then an action event that is performed after the trigger event has occurred. A very simple zap would be something like: Every time I post a tweet on Twitter, post the contents of that tweet to my Facebook page. In this example the trigger is me posting a tweet, and the action is having that tweet posted to Facebook automatically.

This is a Zap in it’s simplest form, but with Zapier we can make things mush more complex with the next two features…

When it was launched, this was the feature that had me shifting everything over to Zapier and at this point I spent some time constructing some fresh and much more complex automations for my business. With multi-step zaps, a single trigger event can trigger multiple actions. Sticking with the same example as before, an example of a multi-step zap would be: Every time I post a tweet on Twitter, post the contents of that tweet to my Facebook page, then post it to my Google+ page, then save it into a Google Sheets spreadsheet.

Trigger events don’t have to be definitive, they can also be conditional so that a trigger only occurs when the trigger event meets specific criteria. For example: Every time I post a tweet on Twitter that contains the hashtag #photobiz, post that tweet to my Facebook page. Here we’ve taken the original example, but limited the action to occurring only when specific conditions are met.

Both of these two features are immensely powerful, but here is where the possibilities get blown wide open… you can use conditions for each step of a multi-step zap to determine whether that action gets triggered or not!

Essentially, a single trigger can begin a giant cascade of automated events, and you can even add delays into the steps so that each step is space out by a specified amount of time. Example: Every time I post a tweet on Twitter, post it to my Facebook page one week later. You might use something like that to minimize the number of people that see the same content twice if they follow you on multiple channels, or you could use it to post content at peak times in different time zones.

Really, the possibilities are nearly endless!

You can search the 750+ connected apps in the Zapbook, but here’s a few of the most important ones for photographers that I tend to use time and time again (click the links to see some zap examples using these services):

For a photographer this is probably the very first kind of zap you want to set up, because there’s not much point in manually posting the same photo over and over again onto different social feeds unless you are wanting to post vastly different image sizes, or watermark them differently. The key thing to understand here is that Instagram does not allow third-party apps to post images to the service, so this means that a Zapier zap can be triggered by an Instagram post, but posting an image to Instagram is not an action that’s available. It’s not a huge hurdle though, it simply means that posting a new photo to Instagram has to be the trigger event, and everything else flows from there.

An example zap would be:

The single act of posting a new photo on Instagram sets off a chain of 7 more actions to help you automatically spread your photos. Why would you want to share the photo on Twitter a second time as the last step in the zap? Twitter is notoriously bad for showing your content to your followers because there is just so much “noise” on there. Only a tiny percentage of your followers will see the photo when it was posted the first time, so sharing it a second time, a week later, will help a few more people see it. Cool, huh?!

The second most important thing that I use Zapier for is sharing new content that I add to my blog. Many of the best things that have ever happened to me during my career have been initiated by my blog because it is such a powerful SEO tool if you use it the right way. Millions of people have read my blog posts and been introduced to my work through this part of my website. If you’re a professional photographer and you aren’t utilizing a blog as part of your marketing strategy, you’re really missing out.

The key thing to know about automating the distribution of your blog content, is that you can simply use your blog’s RSS feed as the trigger.

An example zap would be:

In this example, you can see I added a conditional trigger at the end to get you guys thinking about this stuff. This is actually a step in my own zaps that I use. If a blog post is in the “news” category, there’s no point sharing it one month later because it won’t be relevant by that point. I’m not saying you have to recreate these exact sequences, but hopefully they have got the gears turning in your head and you’re starting to see how powerful this can be!

I’ve never met a photographer that enjoys the accounting process, but for many of us that where different hats to work, it’s a necessary evil. I try to combat my distaste for all those numbers by automating as many tasks as possible. Quickbooks Online, Freshbooks and many other cloud accounting services are available for connection to Zapier, so it’s relatively straightforward to set up some useful zaps.

If you sell prints online using a service like Woocommerce, Selz or Shopify, an example zap would be:

Every time a new order is placed (the trigger) —> Create a new customer in Quickbooks online (action #1) –> Create a sales receipt in Quickbooks Online (action #2) –> Add the customer to a Mailchimp mailing list called “previous customers” (check your local laws to make sure you comply!) (action #3) –> Add the order details to a Google Sheets spreadsheet for easy reference (action #4) –> Email order details to the local printer that handles your print fulfillment (action #5).

Zapier does have a free tier so you can get some automations set up for your own business with no commitments. The great thing is that they are set-and-forget. You don’t need to monitor them, and I rarely need to tweak things once I have got them up and running. What zaps are you thinking of setting up? Are you already using Zapier in some way?