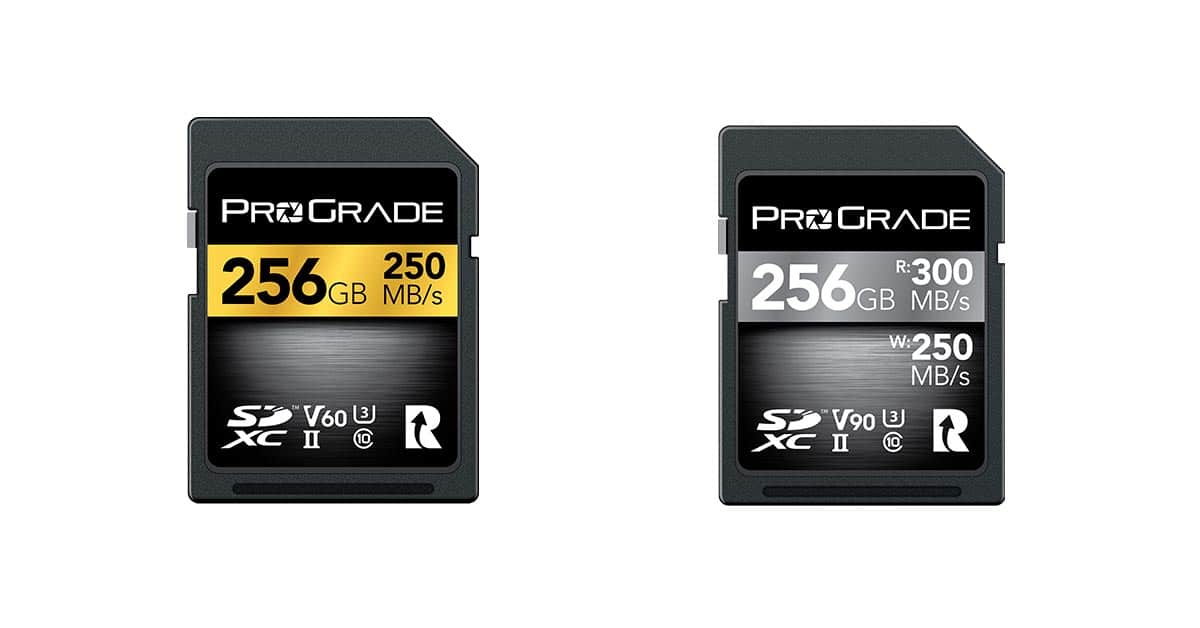 We’re fans of ProGrade Digital cards and card readers around here, and it nearly escaped my notice that they launched updated versions of their excellent SDXC cards which now feature slightly faster speeds.

Note that if you are searching for the new ones in online stores, I noticed there are still lots of the older version being stocked retailers. Make sure you specifically look for the ones with the new faster speeds written on the cards and quoted in the specifications.

If you want to know you’re getting the right ones, ProGrade’s own Amazon store has them in stock here.

“Today’s creative pioneers are producing more video than ever before,” said Wes Brewer, founder and CEO of ProGrade Digital. “There are a range of recording options in today’s high-end professional camera market–6K, 4K, Full HD at varying frames per second (fps)–many of which require write speed performance from memory cards not commonly seen in the past. To serve these needs, we increased the performance across our SDXC product line. Additionally, we’ve incorporated our unique Refresh Pro™ capability into all capacities allowing professionals to refresh cards back to factory-fresh condition as well as monitor the health of their cards before an important shoot.”