Sound Devices MixPre-3 Vs. MixPre-3 II Mixer/Recorder – Is it a Worthwhile Upgrade? 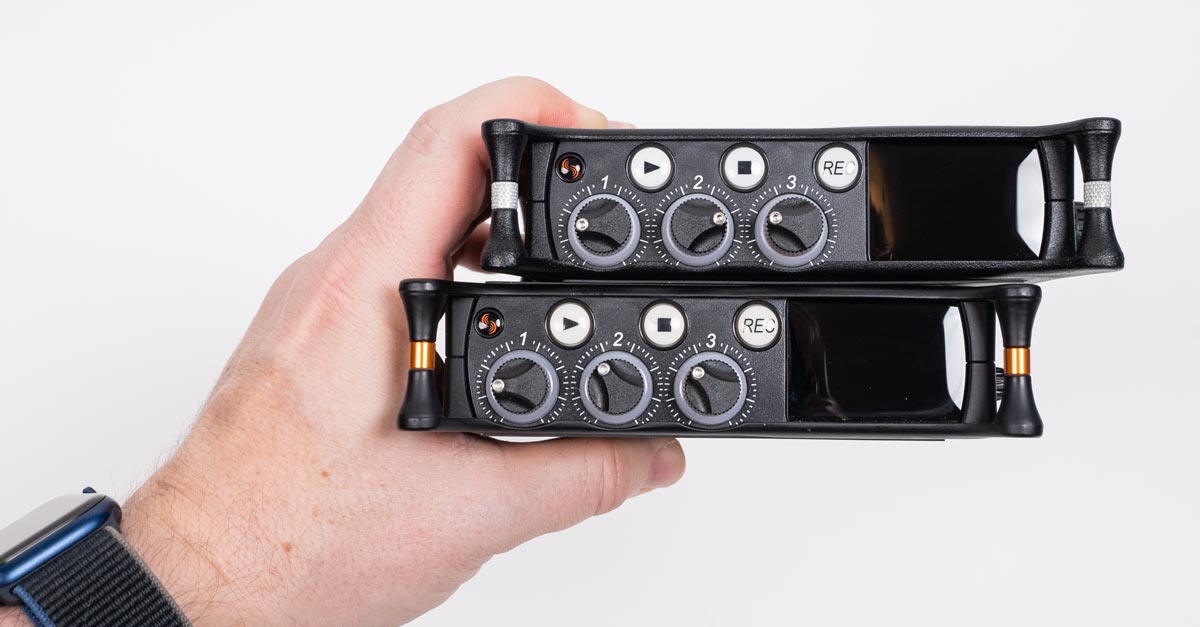 When Sound Devices first launched the MixPre-3 portable recorder/mixer, I immediately purchased one. It served me well for many years and never missed a beat. I used it to capture audio for videos that were shot with DSLRs and mirrorless cameras, I used it to record podcasts and I even did some voiceover work with it. It’s like the Swiss Army Knife of audio tools.

When the MixPre-3 II was announced I was curious about what could have been upgraded on a product that was already so good. Having had so much use from the original, I decided to order the Mark II version to compare them side-by-side.

What follows is not a review of either of these products. It is simply a physical comparison and feature comparison, with some thoughts on the Mark II’s newer features. My hope is that it will help people who are considering an upgrade or trying to make a decision about whether to buy a new MixPre-3 II or a second-hand MixPre-3.

There are only two minor physical differences between these models. The first is that the new Mark II version has silver spacers in the vertical chassis posts, where the original version had orange spacers. This is purely an aesthetic change that was likely done to make it easy to distinguish between the two versions.

The second change is that a rubber grip has been added to the headphone volume knob to make it larger. This is a lazy update. If you look closely at it, you find that actually, the original small knob is still there, and all they have done is purchase rubber wheels to place over the knob to make them a bit larger. The problem with this is that the rubber can come off and get lost. They should have just used an entirely different knob.

The story of this is actually even stranger, though. During the life of the original MixPre-3, people always complained about the small size of the headphone knob. One day someone posted a “hack” on an audio forum suggesting that a small rubber LEGO tire was the perfect solution. It fits right over the old knob and gives your headphone knob the added size and grip that people wanted. It was a great idea.

Imagine my surprise, then, when I unboxed my MixPre-3 II and looked at the headphone knob. Is that a LEGO tire?! I’m not joking. It appears as though Sound Devices either sourced a batch of LEGO tires, or some third-party knockoff equivalent and then simply put the on the old knobs. No joke. It’s probably the laziest fix to a customer-called-for change that I have ever seen. I guess it’s better than nothing, but barely. They even call it the “tire upgrade” on their own website.

Sadly, the poor location of the on/off switch was not addressed in this update. It is still just as awkward to get to as it was on the first version. I guess we can be thankful they didn’t just try and stick LEGO pieces on that.

So, the summary of the physical changes is short. They made next to no changes on the outside of this mixer. There would be no reason to upgrade for the physical changes. You can always go and buy a LEGO tire to stick on the headphone knob of your original MixPre-3.

I haven’t cracked these things open to take a look, but based on an FAQ on the Sound Devices website, it’s safe to say that there are some internal processor changes because they mention that “The updated hardware on the MixPre II allows for the new features and functionality.” So, audio circuitry and pre-amps are likely the same, but I’m sure that the Mark II has some additional processing power.

The headline feature of the MixPre-3 II (and the MixPre-6 II and MixPre-10 II) is 32 bot float recoding. Sound devices have a good article which goes into detail about what 32-bit float actually is, but if you want the short version, it is audio with greatly increased dynamic range. Even if it appears as though you have clipped your audio, with 32-bit float you can decrease the level on the track in you NLE and recover seemingly lost details without adding any noise. When you see it in action, it looks like magic.

The second major change is the addiction of a timecode generator. The original version of the MixPre-3 could accept a timecode input from an external device, but you would need to keep that device plugged into the mixer. Now, with a built-in generator, you can jam the MixPre-3 and then remove the device. Or, you can use the MixPre-3 as a master clock and send its timecode to an attached camera over 3.5mm or HDMI.

Should you get the Mark II Version?

If you have the original version and it is working well for you, there is very little reason to upgrade. Of course, 32-bit float recording is nice to have, but unless you are constantly struggling with clipping audio in your original version, you probably won’t make a lot of use of this feature. Curiosity got the better of me and I did make the upgrade, but it really hasn’t changed my world.

If you don’t already own one of these and you’re trying to choose between buying a new MixPre-3 II or a second-hand MixPre-3, this is a harder choice. My feeling is that 32-bit floating audio can be useful for a one-man-band videographer who is more focussed on framing and rolling the video, than keeping an eye on audio levels. 32-bit float almost makes audio recording a set-and-forget process. Whatever happens, you will be able to pull a good audio track out of it in post-production as long as you got things in the right ballpark.

On the other hand, if you are a sound guy(gal) or are hiring a sound guy(gal) to keep an eye on your audio recording, there should be no need for 32-bit float in most scenarios. If you have someone monitoring levels, you hopefully aren’t going to be messing things up that badly. The caveat to that is that some people who are recording in very unpredictable environments might still find it useful if there is the chance of unexpected loud noises.

All of the other feature updates are nice, but I don’t think they are game-changing for anyone. If there is one on the list that you really need, you will know that, and the decision will likely be made for you. If you’re on the fence, given the fact that the original MixPre still sounds fantastic, I think it’s a good value purchase on the second-hand market.