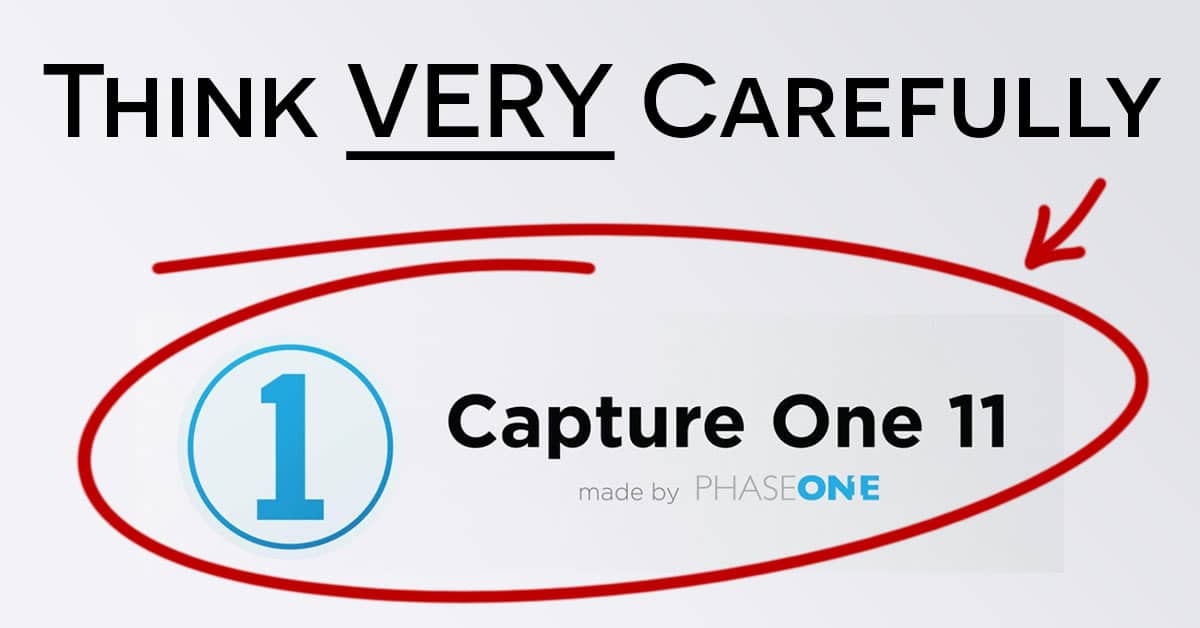 UPDATE: At Photokina 2018, Phase One announced that it would now support the RAW files from the Fuji medium format system. I’m super excited about this because this is a much more forward thinking attitude, and it also shows that Phase One are listening to consumers. I know many people were pretty pissed at me for writing this original article, but I’m glad that I did. I wasn’t the only one that spoke up about this, and collectively I do think we made a difference in this instance. Thank you Phase One!!

I now look forward to getting my hands on Capture One and evaluating it as a solution for my photo business!

The original article is published unedited below, but please note that it’s largely irrelevant now that Phase One have changed their views.

The Capture One Pro software has been around for a long time, but with version 11 they have squarely taken aim at Adobe by adding in the same kind of layering functionality that we’ve come to expect in Photoshop. There has been a decent amount of online fanfare about the software this week, and it’s clear that it offers some powerful functionality.

There’s one HUGE problem though.

Whilst there looks to be a lot of great features in Capture One Pro 11, I’m never going to recommend it to anyone that reads my website until Phase One changes some of their archaic policies on camera support. You see, Phase one makes medium format cameras, the kind that you and I can’t afford to buy. They feel threatened by the likes of the new, cheaper medium format cameras from Fuji (GFX50), Hasselblad (x1D) and Pentax (645z). As a result, they have publicly stated that they will not support cameras in Capture One Pro that compete with the other core of their business.

They expect people to pay hundreds of dollars for their software, commit hundreds of hours to learning it, perfecting it, building a workflow and asset management system around it, only to find that the camera they aspire to upgrade to isn’t supported? To me it’s a mind-blowingly stupid decision, and it paints the entire company in a bad light.

“we have a long standing policy of not providing support to direct competitors of our core business.”

There have long been rumours of companies like Sony and Canon joining the medium format marketplace, and if that happens then we can assume that their camera’s won’t be supported either. While I’ll admit that for now a Canon medium format camera is a long-shot, a Sony one seems entirely plausible, considering that they make the sensors for the aforementioned Fuji, Pentax and Hasselblad cameras anyway.

So I ask you, do you really want to use software from a company that is openly blocking you from using it with specific cameras? It’s annoying enough when Adobe takes months to add support for a new camera to Lightroom, how would you feel if a company never added support for your new camera? I guess if you’re an enthusiast, and not a professional, then the chance of there being a medium format camera in your future is definitely slimmer. But given the pro-level features in Capture One Pro, and the $300 price point, they’re hardly going after that lower end of the market anyway.

If the rumours are to be believed, there will be a Fuji GFX R camera for Photokina in 2018, and the price is said to be considerably less than than the current GFX 50, presumably because that one will be bumped to a GFX 100. This will create an even lower tier, and barrier to entry for medium format systems. In other words, more people will be able to buy them, and that’s just more people who can’t use Capture One Pro.

Where Is the Logic?

There’s a lot of people out there who are disenchanted with Adobe after they pulled Lightroom 6 license options and fully committed to the subscription model, but to me Phase One’s stance on camera support ruffles my feathers far more.

If someone is thinking about buying a $6500 camera like the Fuji GFx50, they are hardly going change their minds and buy a $40,000 Phase One camera instead when they see that the Fuji isn’t supported by Capture One Pro. So in that instance, Phase One simply loses a sale of Capture One Pro. That’s all. They’re not going to gain a sale of a Phase One camera with this policy. It’s utter madness! Do they really think that their $300 software is good enough to make someone part with an additional $33,000!?

I’ve watched all the videos about the new Capture One 11 software, and I like what I see. I would gladly have parted with $300 for the perpetual license if they had a more open policy about camera support. It’s that simple. I don’t even use the cameras that are currently unsupported, but who knows where my business will be in a year’s time?