The Mindset That’s Costing People Their Images: Digital Photography is NOT Free!! 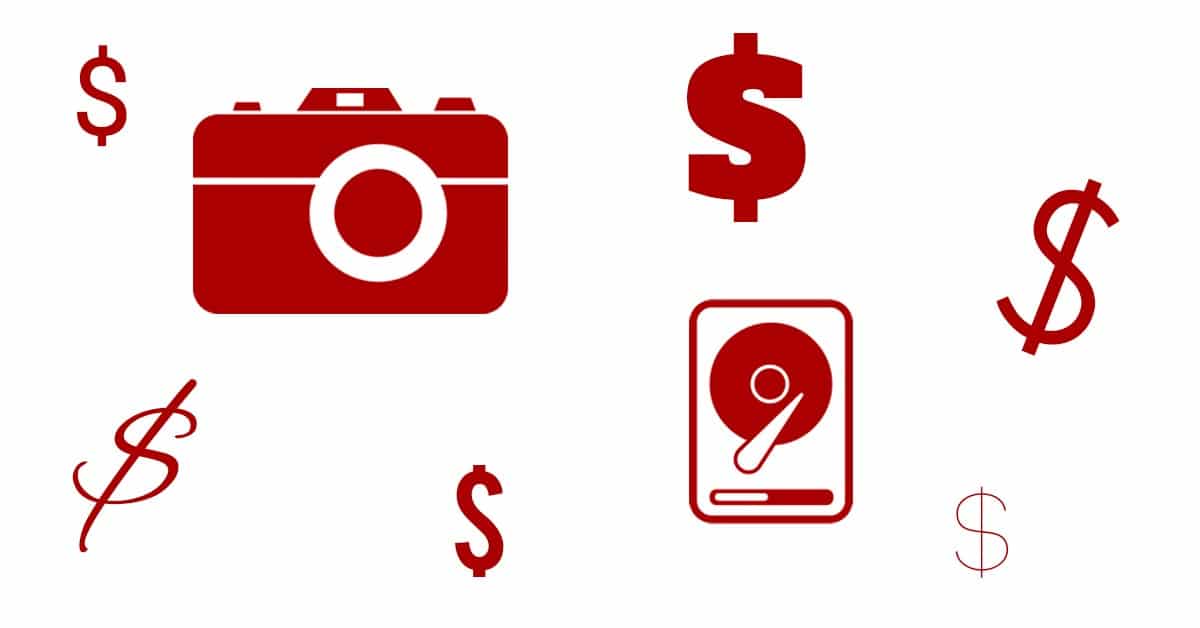 When it comes to protecting my huge archive of digital images I take absolutely no chances. My archive is stored on a Drobo which gives me some redundancy from drive failure. That Drobo is mirrored to a second Drobo which also has redundancy from drive failure, and then another copy of the same archive is stored off site on another Drobo. To lose my image archive I would basically need to have six simultaneous hard drive failures across two distinct geographic locations. Even then it would only take out the full archive which would leave me with copies of all my best images stored in the cloud.

The reason, it seems, is actually quite simple: Cost.

If you look at some hardware pricing, or cloud pricing, the cost of backing up your images has actually never been cheaper, so why is it preventing so many people from following the basic backup principles?

I believe the problem is that after the demise of 35mm film, the notion developed that digital photography was somehow “free” and that there was no similar cost to getting your film developed and printed. People are carefully counting out their savings to purchase the digital camera of their dreams, but they aren’t factoring any cost whatsoever for protecting their digital files. If they have a budget of $1000, they’ll spend $999.99 on a camera, when in fact they should have spent $700 on a camera and $300 on some external hard drives to implement a safe back up routine.

I’ve heard so many horror stories about people losing their precious images, and they don’t all come from the consumer side. Incredibly, I’m always hearing stories from professionals too. People who make their entire livelihood from their images! Files lost in fires, photos lost forever after a memory card failure, or my favourite phrase “Yeah I have a backup, I use a RAID drive”.  A RAID drive is not a backup, read this!

When I walk people through the steps to set up a foolproof backup routine, the inevitable question comes: How much is all this going to cost?

This is where the problem arises. It’s not sexy to spend hundreds, or in the case of many professionals, thousands of dollars on hard drives . A basic setup for an amateur is going to consist of a couple of external hard drives and a cloud storage subscription for $5/month. Even in this, it’s simplest form, that’s a couple of hundred dollars. A lot of money for someone that budgeted nothing for it! My own drive system cost me in excess of $8000 when you tally up the three Drobos, the 15 hard drives that populate them (nearly 90TB worth) and then a set of additional external drives for things like Time Machine backups and bootable clones.

The Real Cost of Digital Photography

Let’s do some back-of-the-napkin calculations shall we?

I want to preface this by saying that we will have to generalize this quite a lot, as there are many factors. I’m not calculating your cost here, I’m just doing an example, but I think the results might surprise you.

I shoot with a Canon 5D Mark IV at the moment, which on average produces a Raw file of about 38MB in size. A safe 3-2-1 backup routine says I should have three copies of every file in order for it to be truly safe. 3 copies, on at least 2 different local devices and a further 1 copy off site. This means that every photo I take is actually going to occupy 114MB of space on my drives. The camera shoots at 7 frames per second, so for every second I hold the shutter button down it’s going to cost me 791MB! You can start to see why it would be so crazy not to factor backup costs into your finances, right?

Currently an 8TB bare hard drive from B&H Photo costs about $280. For simplicity we’ll just say that this is 8,000,000 MB (I know that technically it’s slightly more in binary). That means that every MB is costing 0.0035 cents, or to put it another way, it’s costing 2.77 cents per second of holding the shutter button down. Now let’s say that a typical burst is going to be 3 seconds. Perhaps you’re shooting an airshow, or a cycling race? Seems like a reasonable estimate to me. Now each burst is costing you 8.3 cents.

“that puts your cost at $16.61 to safely store the photos from that day of shooting”

If you make a couple of hundred bursts in a single day, not too unlikely at a sporting event, that puts your cost at $16.61 to safely store the photos from that day of shooting if you are following just the most basic 3-2-1 backup system.

With the rise of the 50MP cameras such as the Fuji GFX and Nikon D850 ([email protected]?!!), these costs could be even more.

Some might argue that you can probably delete many of those photos, but that’s an argument for another day. When you value your time, I personally find it “cheaper” not to delete photos. I could easily take me half an hour to analyze a day’s photos for deletion candidates. I can put that half hour to much better use in my business or personal life. Like I said, this is probably a good discussion for another day though…

Factor in the Cost of Drives

I HATE buying hard drives. It pains me every time when I click the order submission button to place a new order. I can’t help but think of all the other awesome things I could buy with that money! Then I take a second to think about how devastating it would be to lose my images, and how many hundreds of thousands of dollars I have spent creating them. It’s not just financial expenditure either, I’ve also spent time, and that’s simply something you can never get back.

Following a safe backup routine takes some financial forethought. I budget a certain amount of my income for hard drive expenditure, and when I’m about to upgrade my camera to one with a higher megapixel count, I make some estimates as to what effect this is going to have on my data production rate. This is something you need to be doing as well, whether you’re an avid amateur or a working professional. You owe it to yourself to protect that which you have invested so much time and money into. Don’t spend every last dollar you have on the camera or lens of your dreams without factoring in some money to back up your photos.

It’s time to wake up! Digital photography is not free, and the quicker people realize that, the safer their images are going to be. A hard drive will fail because it’s a mechanical device, so it’s only a matter of time. If you just have one copy of your photos, you’re in for a terrible shock one day.

If you want to read about my current backup routine in detail, you’ll find it documented in this section of the website.