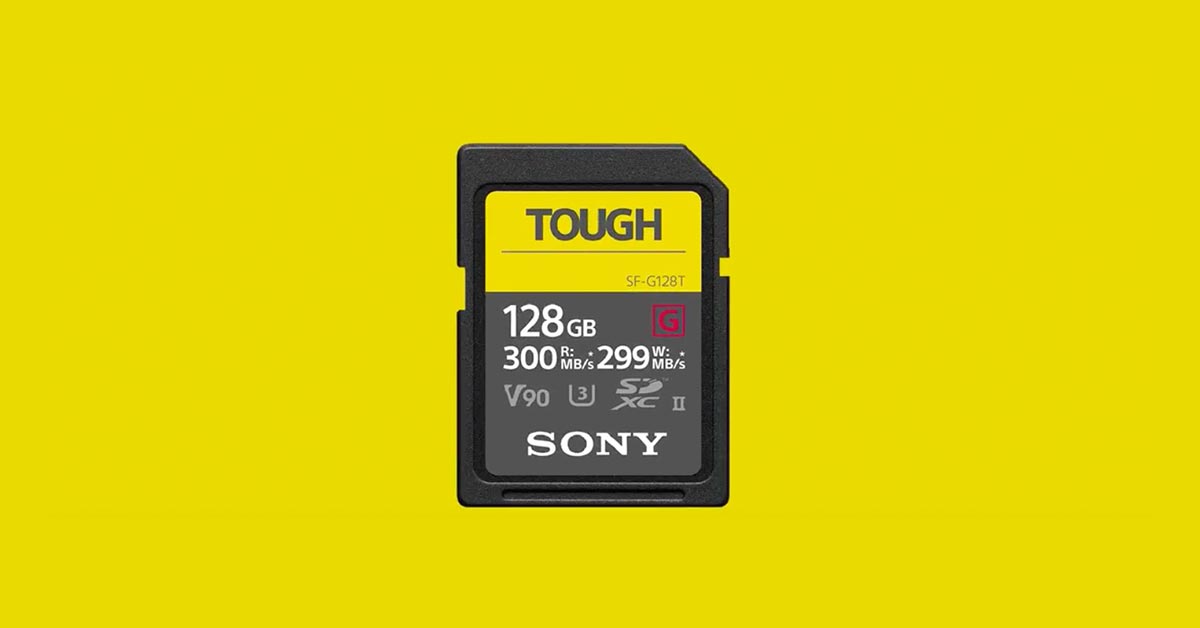 Sony’s range of memory cards continues to grow, and now includes a new Tough series of professional grade UHS-II cards within the existing SF-G SD card range. Sony are touting these cards as the “world’s toughest SD cards”, and when you see how they are built, it’s hard to argue with that claim.

Rather than being built from multiple pieces like a standard SD card, the Tough series of SF-G cards have their casings moulded from a single piece of plastic. They forgo the sliding write protection switch in favour of this more rugged design, and also lack the thin plastic ribs that usually run between the card contacts.

I have personally had three SD cards break these ribs, so I’m not surprised to see them removed from a card that is seeking to be so tough. In fact my only surprise is, if this is possible, why hasn’t someone thought to do this before?

As well as offering enormous impact protection and bending resistance, the monolithic design has also allowed Sony to create an SD card that is entirely waterproof. The SF-G Tough cards are IPX8 rated, which means they can withstand total immersion in water for up to 72 hours!

The SF-G series are all UHS-II compatible, as well as offering V90 and U3 certifications. Please refer to our guide to SD card naming schemes if you aren’t sure about these terms and designations. 300MB/s read and 299MB/s write speeds also set these cards at the very top of the pile when it comes to outright speed.

There hasn’t really been a lot of innovation in the SD card space so I think this is a really cool idea. SD cards have a bit of a bad reputation for being fragile compared to CF, C-Fast and XQD cards, so this might help to ease the minds of professional users.

The cards will be available in 32GB, 64GB and 128GB sizes. At the moment pricing details are unavailable, but they will no doubt be slightly more expensive than the price of the standard SF-G Series SD cards.