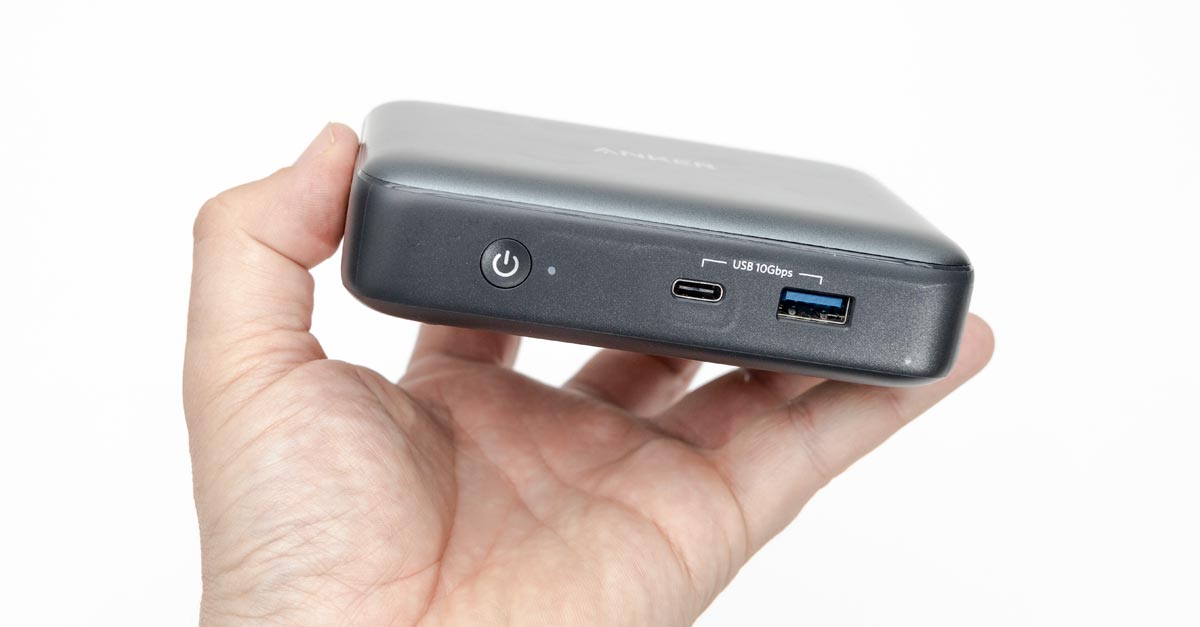 I spend a lot of time at my computer and have a huge collection of drives, monitors and editing accessories that are regularly attached to it. Over the last few years, I have tested and reviewed various USB-C and Thunderbolt 3 docks that have caught my eye. These docks allow you to connect many devices to your computer through a single cable, and in a lot of cases also replace features that have been recently removed from Apple and PC laptops such as card readers, mic inputs and headphone outputs.

For permanent desktop usage, you might as well go the whole hog and use something like the CalDigit TS3 dock. It’s big, has a ton of ports and a large power supply, but it’s absolutely fine for office usage and it is completely silent.

For mobile usage, I have tended to go with a smaller bus-powered USB-C dock. These offer SD readers, extra USB-A ports and sometimes a 5Gbps USB-C port. They’re small and can easily be carried in a laptop bag or the pocket of your camera bag. You can check out some previous reviews of these here.

Recently the Anker Thunderbolt 3 PowerExpand 7-In-1Mini Dock caught my eye. This is a Thunderbolt 3 dock that has 10-Gbps USB-C and is one of the first truly portable looking Thunderbolt 3 docks that I have seen. The speed of Thunderbolt 3 will allow faster memory card downloads from 10Gbps compatible card readers, and faster backups or file access from the fastest NVMe SSDs that are coming to market these days.

Also provided with the dock is a power cable. Unlike portable USB-C docks, this dock is not bus-powered, although the good news is that this is just a plain 2-pin power cable and there is no “brick” to carry with it. It’s still relatively compact to carry in a laptop bag, but t does mean you’ll need to find an extra power socket if you’re on the road in a coffee shop, co-working space or hotel.

The built-in card reader is UHS-II compatible. Photographers will appreciate this as it will be twice as fast as the old card readers that used to be included on Mac laptops. I don’t think anyone should settle for UHS-I speeds these days. Using a UHS-II reader is an easy win for your workflow and can shave tens of minutes off your card download times.

The Mini Dock has a pair of USB 10Gbps ports, one USB-A and one USB-C. In terms of workflow speed, this is the headline feature for this dock because at least at the time I’m writing this, bus-powered USB-C docks top out at 5Gbps. With newer NVMe SSDs reaching speeds of 1000Mbps over USB-C, such as the previously reviewed SanDisk Extreme Pro SSD, it’s nice to be able to get the maximum out of those drives when connected to this dock.

Functionally, everything on this dock works as you would want and expect. but it does have one major Achilles’ heel. As soon as you press the power button on the dock a noisy fan starts up. There is no waiting for the unit to heat up, no waiting to see whether you are actually going to stress the system, it simply starts up right away.

The fan is annoyingly loud, and to make matters worse it seems to spin up and then spin down again at random intervals. This makes it hard to get used to the noise. Just as you start to forget about it, it’ll spin down just to remind you how quiet the room could have been. And then after a few seconds, it’ll spin up again. This might have something to do with the computer going to sleep, but whatever the cause for the oscillation, it only serves to underline the problem.

Not only is this annoying while you are using it, but it also means you have to make a real effort to turn the dock off when you are done using it so you don’t hear the pesky thing all day and night. This means ejecting all your drives and card readers, and mounting them again later when you want to get back to work. It’s a real pain.

Clearly, the dock needs a fan because there is no power brick so the power supply is internal and generates too much heat as soon as you turn it on. But the fan doesn’t just sound loud, it sounds cheap. I’m sure there are better quality fans out there with better bearings that would be quieter. To me, it also sounds as though the air is being forced out of the dock housing through vents that are too small, and this is only making things louder. Laptop companies spend a lot of time and money on acoustical engineering of laptop cases to keep things as quiet as possible. I hope Anker considers taking a similar approach in the future with small fan-cooled products like this.

I have reviewed several Anker products on this site, and have even more around my house. Normally they make fantastic peripherals but on this one, I think they missed the mark. Yes, there are some speed benefits to the Thunderbolt 3 dock when compared to USB-C docks, but the fan noise on this drove me mad. I simply couldn’t deal with it and I think Anker could have done a lot better here.

For now, at least, I’ll stick to bus-powered USB-C docks for travel, and use the nicely silent CalDigit TS3 dock in my office for Thunderbolt 3 connectivity.

If you are in real need of a combination of speed and portability, there’s no denying this is probably the smallest Thunderbolt 3 dock on the market right now. As such, it’ll probably find a market with some people, and if your usage is occasional and short, you might deal with the noise better than I did. However, I would absolutely caution against using this as a desktop everyday dock if you value peace and quiet in your office.