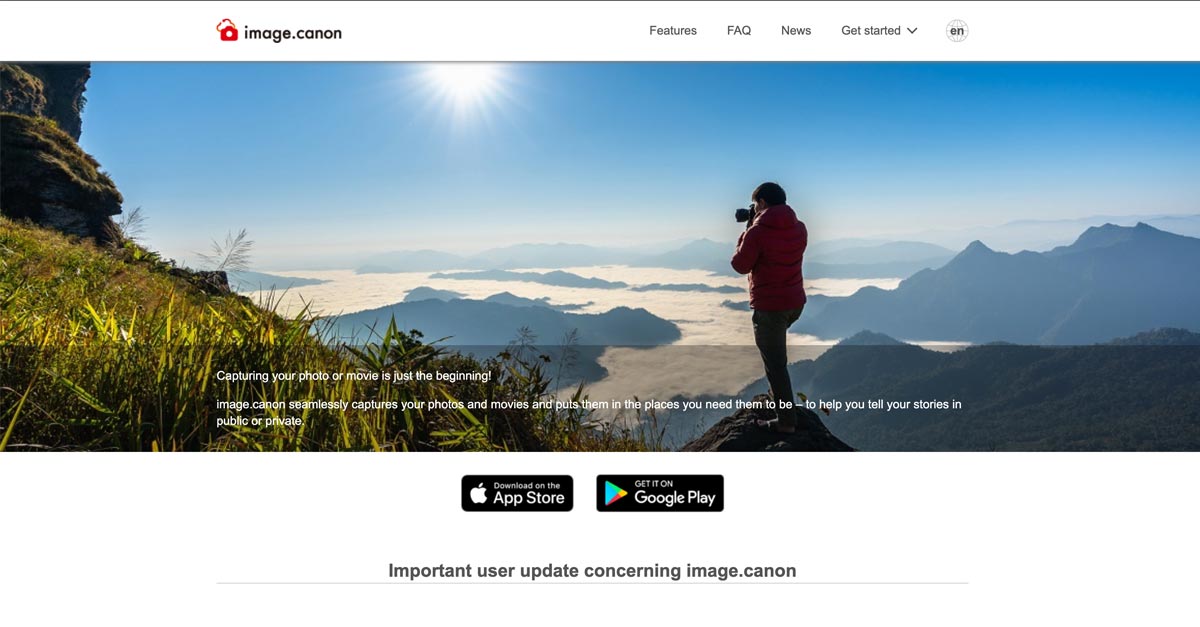 Users of Canon’s cloud photo storage platform Image.Canon were greeted with blank screens a few days ago. The company has now issued a statement, and the news is not good:

Thank you for using image.canon.

On July 30, 2020, we identified an issue involving the 10GB long-term storage on image.canon. In order to conduct further investigation, we temporarily suspended both the mobile application and web browser service of image.canon. After the investigation, we identified that some of the photo and video image files saved in the 10GB long-term storage prior to June 16, 2020 9:00am (JST) were lost. We confirmed that the still image thumbnails of the affected files were not affected, and there was no leak of image data.

After having resolved the issue that resulted in the loss of the photo and video image files, we resumed the image.canon service as of August 4, 2020.

Automatic transfer of still image and video files from EOS R5 and R6 mirrorless cameras, as well as the instant uploads from compatible Canon cameras is also available.

We apologize for any inconvenience.

What a disaster. Canon really didn’t need more bad press this month alongside the constant discussion of the R5 and R6 overheating problems.

So, first off, I think at this point I have to say do not use the Image.Canon cloud storage service. The fact that a company with the resources of Canon, can wipe out the original files from a cloud storage service is absolutely inexcusable. Cloud storage services should have incredible systems in place to roll back through incremental server snapshots to allow for data recovery. Someone has screwed up big time here.

Is this what happens when a camera company, or physical technology company, tries to enter software-based market segment? It seems so.

You had a plan, right?

If you follow the basic backup strategy rules that revolve around my recommended 3-2-1 backup system, this image loss would be an annoyance, but not a disaster.

If you had this correct strategy in place, the cloud storage portion of your backups would be one of three copies of your images. Two more copies would exist on different local drives at your home or office location. Getting things back on track would be as simple as choosing a new cloud storage location for your offsite backup, and starting that upload. Then cancelling and deleting your Image.Canon account.

I would recommend using Backblaze or Dropbox for cloud storage. But read my guide to cloud backup for photographers to understand the big difference between these two services.

Unfortunately, no matter how many times I write about the importance of backup strategies, there are always people who ignore the advice. I sincerely hope that this issue didn’t effect my readers, but it very likely did.

Please, please follow my clear advice that is laid out in the guide to setting up your photo backup strategy. Yes it might take some time to implement. Yes it’s probably going to cost a little money. But think how you would feel if your photos were gone, just the way some people are feeling today with this news from Canon.