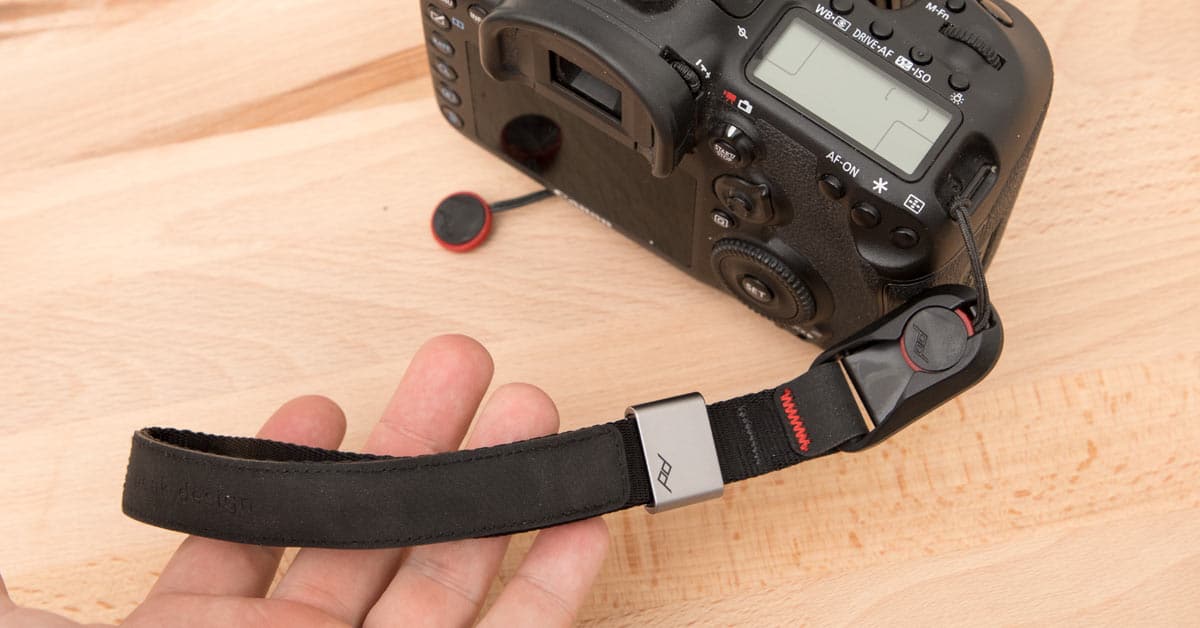 The Cuff camera strap ($29.99) from Peak Design is a compact hand strap designed for use with any camera, that can be released quickly using the Peak Design Anchor system. The original version of this strap is a product I’ve used for many years on my own cameras, but in 2017 they overhauled the product to update it with a new look and some slightly different features. In this review we will take a detailed look at the latest version of the Cuff strap, and I’ll also compare it to the old version so that owners of the first generation Cuff can decide if they want to upgrade.  As I usually try to do, there’s a hands-on video, followed by a selection of photos and commentary. 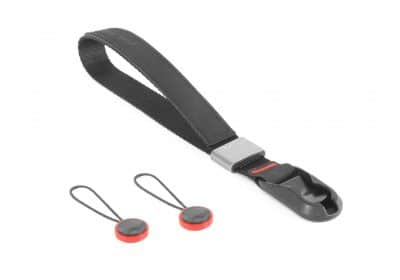 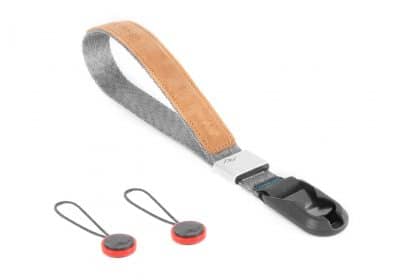 Unlike the original version which was just available in black, the new version is also available in Ash Grey. The review sample that I received is the black one, which is more subtle, but I think the Ash looks great as well, and matches the new Ash versions of their bags, such as the Everyday Sling 10L that I have previously reviewed.

The Cuff attaches to your camera using the quick-release Anchor system that is used by all of Peak Design’s straps. If you aren’t familiar with it, I’d suggest watching the video review as this shows you the one-handed release mechanism. I love it, and I put the little anchors on all my cameras, as well as binoculars, small bags and big super telephoto lenses.

With the updated Cuff, Peak Design also redesigned the Anchors a little bit so that they are easier to release one-handed. They also used thinner cordage on them so that they can be threaded into smaller eyelets on small cameras. Note though, that the breaking strain on the Anchors has not been affected by this change, and they are backwards compatible with all previous versions as well.

I use the Cuff with my DSLRs, but they are equally at home on smaller cameras. I think many people with pocket-sized cameras will probably find that it’s all the strap they need, but for DSLR users, you’ll probably want a shoulder strap for some occasions. The beauty of the Anchor system is that you can very easily switch between your strap and this Cuff.

When the strap isn’t in use there’s a magnet in the padding that allows you to configure it as a bracelet, as seen in the photo. I was initially skeptical about whether the magnet would be strong enough, but it does seem to work once you have moved the magnet into the right place for your wrist size. The magnet is internal, within the strap, but you can move it around with some pressure. Whilst it does indeed work, I really can’t see many people using the strap this way, it just seems so much easier to put it in a pocket or in your camera bag.

With your wrist through the loop of the Cuff, a quick tug pulls it tightly around your wrist as the nylon webbing slides through the metal friction buckle. I know that some people will be worried about having a metal part on a strap that goes into your camera bag, but so far this hasn’t proven problematic to me in the first month of usage. I simply make sure I don’t trap the Cuff between the side of the bag and the camera’s LCD screen. That said, it would have been better if this buckle was plastic so that I didn’t have to worry about this at all. There’s no reason that I can think of why metal is better than plastic in this instance, which means this was an aesthetic decision, at the expense of a small amount of practicality. Not the first time I’ve seen Peak Design make that kind of decision. Not a deal-breaker by any means, but something to be aware of. On the plus side, the metal buckle does have very round and smooth edges, so it would take quite some force for it to scratch your camera.

The biggest change to the Cuff strap is the addition of the new metal sliding buckle that can be clearly seen in the photo above. It allows for the strap to be tightened around your wrist much more quickly, and definitely gives you more security over the camera. On the first version, the strap had to be shortened with the pretty standard plastic buckle, and it wasn’t a quick thing to do. The result was that I tended to leave the Cuff length set in one position, and grab it more like a handle. With the new version, you can put your wrist through the loop and then pull on the strap. It immediately tightens around your wrist to really secure your camera.

The other thing you’ll notice is that the old method of using an additional Anchor to create the bracelet carrying system, has been replaced with the magnetized method that was mentioned earlier in the review.

I love the original version of the Cuff, and this is a nice update that looks a lot smarter, and falls in line with the rest of the recent Peak Design products. I highly recommend this wrist strap to anyone that doesn’t like using a shoulder strap on either a big DSLR or a small pocket-sized camera. I love being able to use the Anchor quick-release system to speedily switch between my Peak Design shoulder straps and this hand strap as needed. If you have the first generation of Cuff, I doubt there is much reason to upgrade to this new one, unless you particularly want the smart new look. The strap shortening method is improved from the first version, but it’s not a gigantic difference and I doubt it’s worth spending another $30 for most people. However, if you don’t already have one, I think the $30 price point is pretty good value.