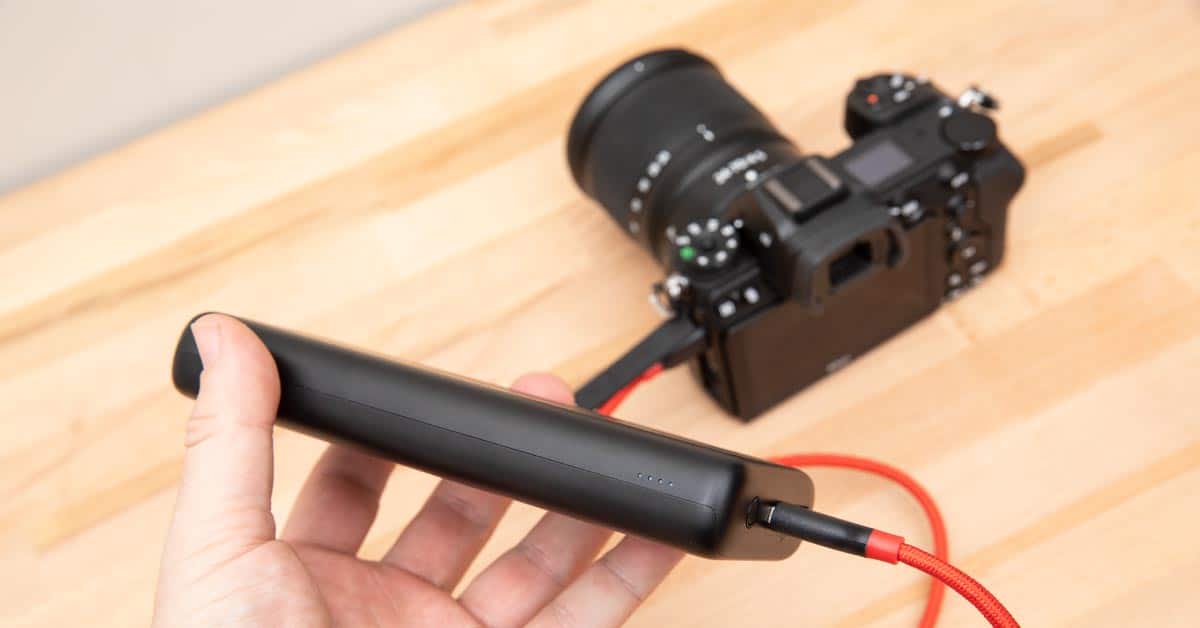 In recent years there has been a shift to allow charging of cameras via the USB port, instead of having to remove the battery and place it into a normal battery charger. As far as I can see, this USB charging feature is rare in current DSLRs, but rapidly becoming a standard feature with newer mirrorless cameras. With mirrorless on an unstoppable rise, it won’t be long before USB charging of cameras is expected in all modern releases.

As it turns out, this new feature is particularly useful because most mirrorless camera batteries do not last as long as the batteries in DSLRs. While testing Nikon’s first full-frame mirrorless camera, the Z7, I only had one battery with my loaner so I began to look around for USB battery options that could charge the camera while it was sitting in my camera bag.

A while back I reviewed a USB battery from Goal Zero called the Venture 30. The robust design was nice and I used that battery for many years to charge my iPhone, but the capacity of the battery was just 7800mAh and I knew that things had come along in the last few years. 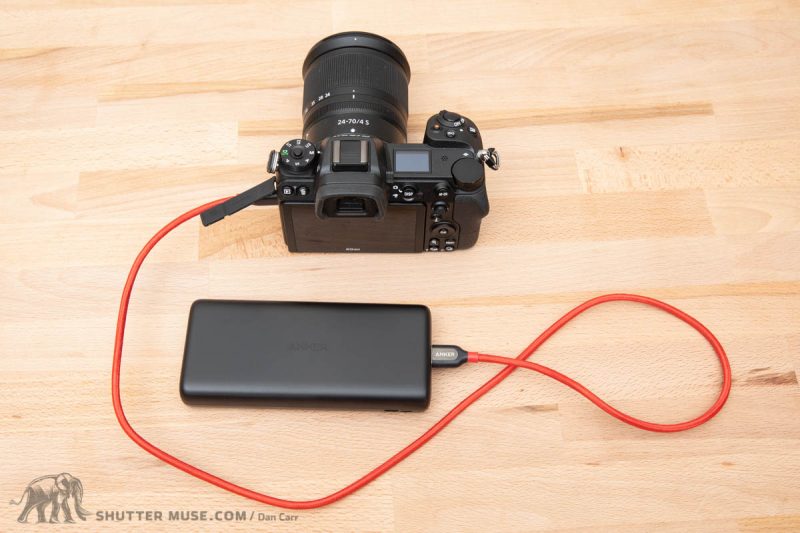 Sure enough, a quick search online and I came across the Anker PowerCore Lite 20,000mAh pack that I’m reviewing today. This is more than twice the capacity of that older Goal Zero pack, and it’s only marginally heavier!

The PowerCore Lite has two USB outputs for a total of 4.8A simultaneously (3A max per port), and it can be recharged using either a micro-USB cable or a USB-C cable. The latter is very useful because more and more cameras are supporting USB-C, so it’s very likely your mirrorless camera will come with that cable. You can charge the back with the cable, and then swap it around to charge the camera. 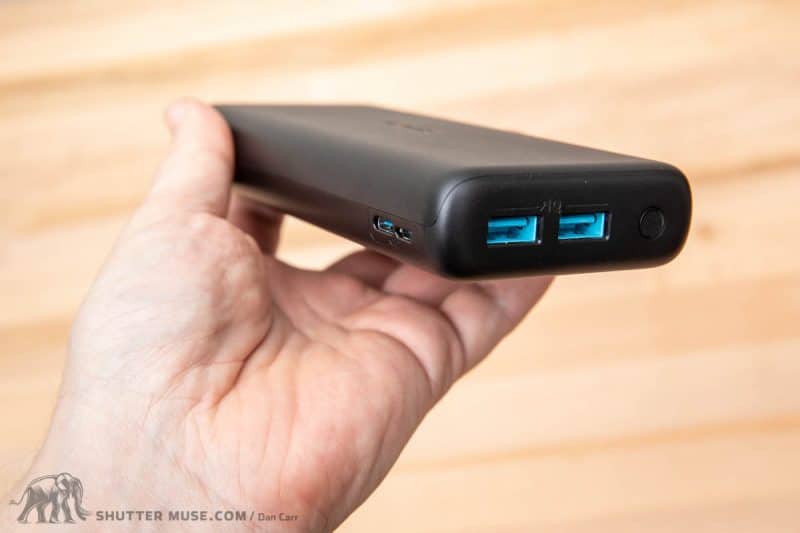 With most camera batteries being somewhere in the 1700mAh to 1900mAh range, that means you could recharge your camera roughly ten times using the PowerCore Lite 20,000!!

What would you prefer? Carrying a whole load of smaller batteries around that need charging individually when plugged into a wall socket? Or just carrying this power pack around in your bag and letting the camera charge while you carry your bag? If you ask me, it’s a simple question!

In my testing of this PowerCore Lite battery, I found that it completely alleviated the pain point I was having with the Nikon Z7 and to be fair, my Canon mirrorless camera as well. I also really appreciated the dual USB ports so that I could charge the camera and my phone at the same time! 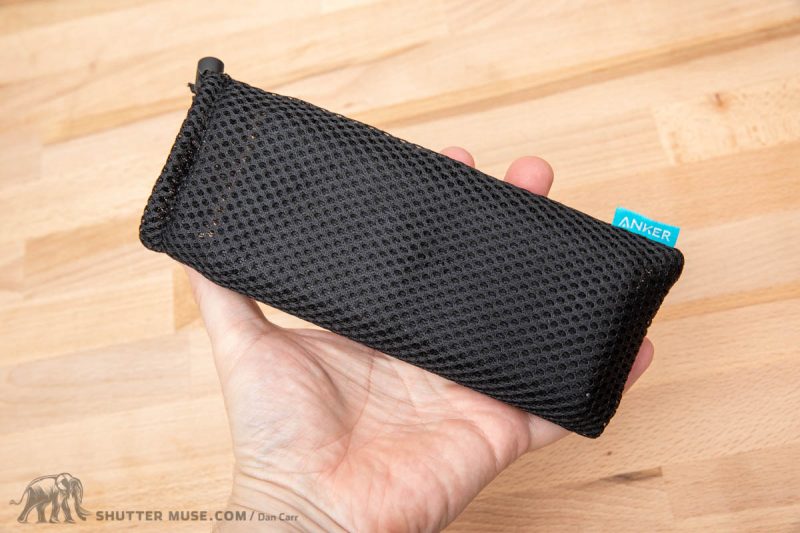 If you think the 20,000mAh version might be overkill for you, there’s a PowerCore Lite 10,000mAh as well, although this only has one USB output so I wouldn’t use that one myself.

As with all Anker products I’ve purchased in the past, this battery pack also proved to be well made and excellent value, coming in at just a touch over $50. A single additional (official) battery for the Nikon z7 would cost $59, so this battery pack option also makes a lot of financial sense if you otherwise think you might need to buy a whole stack of batteries!

One or two spare batteries might be fine, but personally if I thought I needed more than that then I’d definitely be buying one of these instead. It’s such a simple solution and it’s also extremely cost effective.