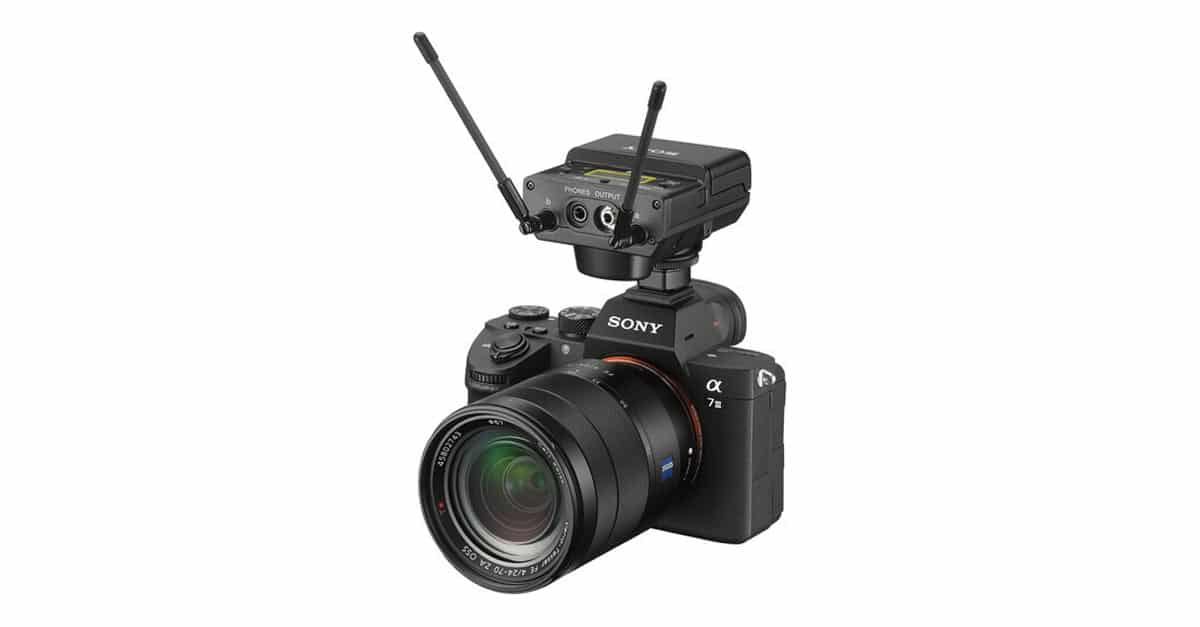 Modern Sony mirrorless cameras and some of their video cameras such as the FS-6 and FS-9 come with what’s called a Mi shoe. It stands for Multi-Interface shoe, and essentially it’s a hot shoe with several additional electronic contacts that allow for digital audio signals to flow into the camera from one of several compatible devices.

One of the Mi-compatible products is Sony’s UWP-D wireless lavalier system when paired with the SMAD-P5 Mi shoe adapter (older UWP-Ds use the SMAD-P3). This shoe adapter allows the wireless receiver to be powered by the camera, and it allows received audio to enter the camera through the digital contacts in the shoe, instead of needing a 3.5mm audio cable running into the mic input.

All of this looks good on paper, but when I put it into practice, I discovered the entire system is floored to the point of uselessness. The problem is that when you connect a microphone to the Mi shoe, you no longer have the ability to control the mic input level on the camera. You’ll see that the option becomes immediately greyed out.

At first, I gave it the benefit of the doubt. After all, Sony was singing the praises of an all-digital audio pipeline when the selector switch on the SMAD-P5 is set to digital. Would the audio signal bypass the AD converter in the camera and deliver a nice clean audio track?

The answer is no, not even close. What I heard coming out of the camera when recording audio with the UWP system and the SMAD-P5 was unbelievably noisy. There is nothing clever going on here with Sony’s digital audio input over the Mi shoe. In fact, it’s utter garbage.

The camera goes into auto gain mode and therefore calls heavily upon the terrible and noisy in-camera pre-amps. Amplifying a low-level signal with these cameras is a bad idea at the best of times, but because it is in auto gain mode, as soon as there is a quiet period, or worse, silence on your audio track, the gain is cranked way up and all you hear is noise. Terrible, terrible noise.

And it doesn’t get any better if you skip the digital mode and flip the switch on the SMAD-P5 back to analogue. It doesn’t matter which mode you are in, you are still stuck in auto gain mode and your audio will sound awful.

The solution is simple enough. Never use the SMAD-P5 and Sony’s floored digital audio input system if you want to get clean audio in the camera. If you have to record sound in the camera, by far the best solution is to set a high analogue output level on the UWP-D receiver so that you can set the input level as low as possible on the camera, and of course, just go back to using a 3.5mm input and skip the pointless Mi shoe. The UWP-D wireless system is truly excellent when used in this way. Don’t cripple it with the junky Mi shoe adapter.

How Sony think that this system is acceptable is absolutely beyond me. They are essentially selling an add-on accessory to make your microphones sound worse. The SMAD-P5 (and older P3) are a complete waste of money, and as far as I can tell, the other Sony digital audio accessories work similarly, all forcing the cameras into the terrible, niosy auto gain mode. What is the point in having a digital audio pipeline if it sounds worse than the pre-existing analogue one?