Home » Gear Guide » Do You Need to Use a Cfexpress Card With the Sony a7S III?

Do You Need to Use a Cfexpress Card With the Sony a7S III? 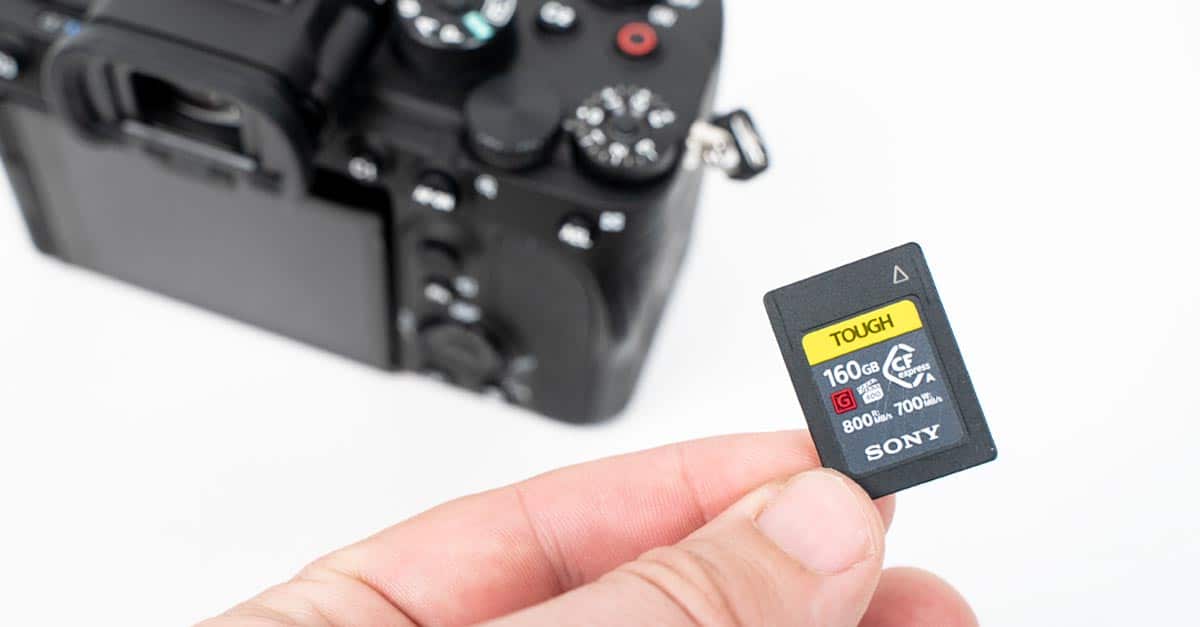 It can be a real pain when camera manufacturers decide to move to a new card type. Although it will always bring some benefits, it usually means your old collection of expensive memory cards becomes defunct. Thankfully Sony did everyone a favour with the a7S III, though. Due to the very similar physical size of CFexpress cards and SD cards, they were able to design card slots that can take either an SD card or a CFexpresss card.

The a7S III has dual card slots so you can either use a pair of SD cards, a pair of CFexpress cards or you can use one of each. But the question is, what benefits will you get if you use CFexpress cards? Are there any functions that simply will not work unless you are using CFexpress cards?

There’s good news and bad news. That bad news is that there are some types of video you cannot record unless you use CFexpress, cards, but the good news is that the limitations are minimal, and won’t make a huge difference to 99% of people.

XAVC S-I is a new all-intra H.264 codec that shoots incredibly high bitrates and theoretically produces the best footage that you can record internally in the A7S III. While you will need a CFexpress card to record the 120p flavour of this codec in S&Q mode, you can still record 24/25p and 50/60p in XAVC S-I on good old V90 UHS-II SD cards when not using S&Q mode.

Is it a big deal?

I don’t see too many people using the a7S III to shoot HD content these days, so the 200/240p HD S&Q mode limitation isn’t a big deal. This leaves the 4k 120p XAVC S-I S&Q mode as the main reason to use CFexpress with this camera. For most people, this minor limitation will be a non-issue.

Although S&Q mode is handy because the footage is already slowed down for you, it does usually produce a lesser quality of file than shooting in a regular high frame rate mode and simply slowing it down in your NLE. It’s therefore likely that some, if not most of the quality benefits of the XAVC S-I codec could be nullified by shooting in S&Q mode. In other words, you should get roughly similar results when shooting 4K 120P XAVC-S 4K, which is possible with a V90 SD card.

XAVC S 4k is a long GOP compressed codec which means it will be harder (more computer processor-intensive) to edit compared to the all-intra XAVC S-I 120p files that you could record to a CFexpress card. However, this problem can be overcome by transcoding those files to a more edit-friendly format such as ProRes 4:2:2.

One additional reason to use CFexpress cards is the increased speed when downloading cards to your computer. Sony’s first CFexpress Type-A cards should reach read speeds of 800MB/s, where a good SD card will top out around 300MB/s. This means that when using a good CFexpress Type-A card reader you should be able to download the cards about 2.5x-3x faster than you would an SD card.

If you plan on creating huge amounts of data every day, perhaps for documentary shooting, there might be an argument for saving time during the file ingest stage with these faster cards.

In my real-world review of the Sony MRW-G2 CFexpress card reader, a Sony CFexpress Tough card was able to be read exactly 3-times faster than a Sony SF-G Tough SD card.

Should You Buy CFexpress Cards for Your a7S III?

CFexpress cards are a new technology so there are very few options on the market at the moment. When the a7S III launched, Sony also unveiled a pair of CFexpress Type-A cards: The 80GB Tough ($198) and the 160GB Tough ($398). They also launched the MRW-G2 CF-express Type-A/SD Card reader for about $120.

Compared to SD card prices, these CFexpress cards, and the card reader, will seem ridiculously expensive. When you also consider that the vast majority of frame rates and codec options are available on the a7S III when shooting with cheaper SD cards, I doubt that many people will be jumping on the new card technology in the early days.

Although I have purchased one CFexpress card for my own a7S III, this was mainly because I wanted to evaluate the new technology. Most of the time I will be using the excellent Sony Tough SF-G SD cards instead.

Although I don’t think it’s 100% necessary to use CFexpress cards with the a7S III, it is exciting to see Sony taking a first step with this new technology. I’m sure that will are going to be seeing this new card type used in future Sony cameras, and this should bring increased video resolutions and possibly still image burst speeds. The more cameras that use CFexpress Type-A, the more card options will appear on the market, too. In short order, this should push the price down to something much more reasonable.